I am so disappointed.  After all my efforts, my hard work, not to mention the pains suffered, what do I have to show for it?  I did everything I could possibly do, I even called for others to help, but in the end a dismal failure, my soufflé fell, caved in on itself so fast that I thought it was going to create a black hole.  All I have left is a super dense mass of an unknown substance that I’m sure someone from NASA will want to whisk away for further study, oh I almost forgot NASA’s scaling back, maybe someone from the local junior college or the kid next door, he needs a science project. 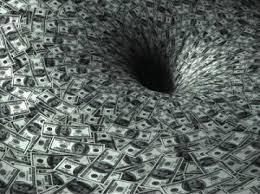 It was then that I heard the results of the election.

Did you really expect any difference?  Did you really think things were going to change?  I’ve got a news flash; we’re all doomed to die a horrible, slow, excruciating death at the hands of infuriated illegal aliens, not the kind from outer space, and liberal, unemployed junkies, strung-out and frothing at the mouth.  Bleeding us drip by drop, until there is nothing left but to join them or die.

Wow, that was a downer, but then so was my soufflé.  I will inevitably try again, but I will start with vanilla pudding in a box, not the kind you have to cook, the kind you add milk and stir and let stand in the fridge for 10-15 minutes.  Recipes may look easy, you look at the ingredients, follow the directions and Walla  (I don’t know the French spelling) you have a masterpiece of culinary wonder.

The issue is not with the recipe but with the cook, as I guess it is in most things of life.  When the cook is unskilled, unknowledgeable or deceptive (thinking he can do more than he thinks) then nothing will turn out.  Even making toast will create a burned and crispy carbon based scrap, not even good for bread pudding, don’t worry I’m not even going to try to make bread pudding, that is unless you can simply add milk and chill.

That reminds me of small country club restaurant my wife and I visited rarely, the food was never that good.  But they hired a new chef, touting his skills and creativity, so like sheep we went and gave it a try.  We ordered and waited, waited and waited longer, we weren’t the only ones by the way waiting.  After two hours we decided it was time to go.  The new chef didn’t have a clue apparently and for those few who did get their food, they left earlier then us.

Like the chef above, I may have thought I was ready for what was coming but now I’m not so sure.  I assumed I had the skills, the background and the understanding of what had to be done to succeed but in the end all I’ve really learned is baking a soufflé is well beyond my current abilities.  Isn’t there a soufflé in a can somewhere?
Posted by politicaldad at 8:33 AM