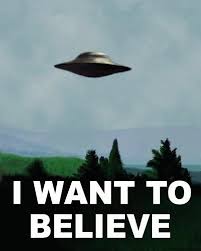 When you think of a conspiracy do you think of black helicopters flying overhead with jack booted, dark eyed soldiers of fortune ready to take control of the local library, or do you think of brain washed children, zombie like, stepping two by two from one classroom to another with a large Russian woman, riding crop in hand making sure no one steps out of line?

The fears of conspiracies are real.  The actual conspiracies are not quit so easy to define, there are so many that the actual belief in conspiratorial ideas often fall within the basic definition of what makes a conspiracy conspiratorial.  So in other words we are not only at the mercy of some clandestine, super-secret, nefarious sect of the government but we are also destined toward the anxiety of believing in these despicable machinations for lack of anything better to fill out minds.

The number one conspiracy vies for world domination and a new world order, begging the question, what’s wrong with the old one and what level of new order, better traffic control, fewer lines while shopping or will it be as professed a totalitarian, one world government that suppresses all that is good with a devil like persona of eternal burning and wrath in service to the few at the very top?

These theories have persisted for thousands of years with perhaps the most well-known surrounding the burning of Rome.  It is believed by many that the Christians at the time started the fire but others believe that Nero himself started the fire to make room for his new condominium complex.  Will we ever know I doubt it?

The persistent rumors of the Illuminati, the Bilderberg’s, the Hashshashin, or Nizari, a mysterious band of Muslim assassins, still following the designs of some unknown fatwa, The black hand and the Knights of the Golden Circle to name but a few, have remained with us and continue to raise questions of validity and fear.

Recently two former presidents have been rumored to have death squads working for them. The Bush name is connected to the JFK assassination and Clinton is connected with the Vince Foster death.  Do we really know if either had anything to do with these vile events or is it all fancifully concocted to generate the inner fear we all seem to crave?

The real issue here is not in the conspiracy itself for if there was a conspiracy and we knew of it then the secrecy surrounding that conspiracy would negate to a great degree the power of those who thrive on that secret power.  The issue is the desire we all have to create meaning where none now exists.  This is similar to the UFO sitting that seems to come in a cyclical pattern surrounding times of stress and uncertainty.  This is in no way a treatise against the possibility of extra-terrestrials only a possible explanation.  Keep in mind there are billions upon billions of stars in the universe, ET has got to be out there somewhere.

When we can’t explain or cannot understand our minds have a tendency to fill in the gaps of unfathomed goings on, preferring to believe in a wild theory than being forced to live without any understanding at all.  There has to be some truth to the untold stories of conspiracies but with each truth our minds are forced to endure countless alternate scenarios that might give meaning to why life is not fair, or why our bank made that error and we bounced a check to our kid’s piano teacher.  It could not possibly be our fault, it has to be a conspiracy, what else could it be?

There is a cure, its knowledge.  However hard it is to come by knowledge contravenes the secrecy, the unknowns that steal our rational minds and infect us with wild self-perpetuating mysteries.  We all know how difficult it is to get to the truth but we must strive to reach as far as possible toward those precious nuggets of veracity in order to lighten the darkness of our fears and expose those who would strive toward secrecy at our expense.  It has always been true, “knowledge is power”.

Posted by politicaldad at 6:38 AM