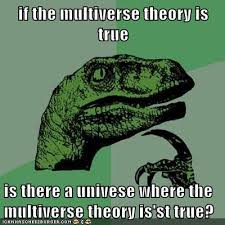 I’ve been having some problems with my bank and this morning I called to try to finally resolve the ongoing issues.  The automated operator was very kind and listened much more attentively than I expected, even giving me multiple option to choose from prior to placing me on hold and supplying me with some generic music that did a great job in raising my frustration and killing me softly with its tunes.

The entire robotic process has increased exponentially with each passing year, with only a few businesses plying for increased customer service through true human interaction.  I like the mechanical tones and the clipped speech as the phone call is routed from one department to another allowing me to repeat the same information over and over again, making sure I understand why I called, they are so considerate in that way.

As I was dreaming, with phone cradled between neck and shoulder, I was envisioning an alternate universe, a dream land for sure, where every phone call was promptly answered by a helpful human voice, a place where not only was I being helped with compassion but the helper had the authority to make decisions instead of practicing the verbal responses so common these days, “sorry, that’s not our policy… or sorry I’m not authorized to assist you in that manner…”

This other universe has to exist somewhere; I even took the time to research multiple universes with the delusion that somewhere, in some alternate rift of time and place there existed a perfect harmony between caller and callee (yes it’s a real word).  To my surprise there is a theory on the books called the theory of the multiverses postulating an infinite number of dimensions that embrace every possible outcome imaginable, which by the way would include unadulterated synchronization between caller and callee, where every call would end in total tranquility and satisfaction.

Expansive multiverse theory has to include exact tonality of all things, shades of color, blades of grass, the variety of grains of sand and all their variations in size, position, color and effect with the understanding that with each molecule present and the possibility of an altered state in its infinitum, including every scenario, no matter how obscure or outlandish must exist.

Erwin Schrodinger theorized that thoughts could provide insight into the multiverse with his now famous cat experiment (they were never ever tried as far as I know; this is good news for cat lovers).  The essence of the experiment in very simplistic terms created the scenario that presents a cat that might be alive or dead, depending on an earlier random event.  Schrödinger's famous thought experiment poses the question, when does a quantum system stop existing as a superposition of states and become one or the other?  In other words depending on the random event the cat could be viewed as alive or dead or both, giving some credence to the idea of a multiverse containing every possible outcome to any random or practiced action, including the perfect call to callee world.

The problem is I’m not living in a theoretical world and I still have to deal with the automated, non-responsive, techno voice, shuttling me from one department to another.  I think the reality we have here is the reality and there are no other realities to contend with nor hope for, so were stuck with the computer generated phone calls, the impersonal customer service robots and the real human jerks that fall back on predetermined protocols that provide little or no service or help,  Were basically screwed.

I would like to delve deeper into the multiverse theories and share why I do not believe but I need to make another call, the power company just sent me a final notice and I doubt very much if I can convince the interactive personal response bot that I paid the bill in another time and place….
Posted by politicaldad at 10:55 AM