Unlimited Brain and the Tragic Loss of Life 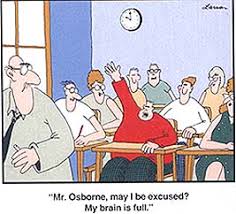 The screams and sorrow of those who have recently lost their lives are strong within our consciousness.  We don’t have to be there to be a part of the tragedy, the universe was diminished along with our collective humanity as the souls of those children cried out in horror and the heroic efforts of their adult leaders did all that they could to intervene against the malevolent, warped mind that took their lives.

Even though we were not there to hold their tiny hands or shield their innocent eyes from the coming horror, we can be part of the process that assists their spirits toward an eternal life filled with wonder and amazement.  We can collectively alter the very fabric of our existence and in the process bring needed peace to the troubled soul of each and every victim.  Not just from this recent shooting but from every heartbreak, every sadness and misfortune that befalls the plight of man.  We have an untapped energy, a real spiritual vitality flourishing within, all we have to do is let it out.

There is a growing number who believe we have that power, a belief that comes from a pseudo-science called Noetic science that believes in a multidisciplinary field that brings objective scientific tools and techniques together with subjective inner knowledge to study the full range of human experiences.  It’s a lot to process but there are those who truly believe that the soul of man is a measurable entity, an entity that has substance and form, a quantifiable force that connects all that we are with all we can hope to be.

When a group voices their desires in unison, some call it prayer, there is a belief that these amalgamated voices and the unspoken desires within can create a change in the overall consciousness of humanity; the unified feelings toward a predetermined end can be accomplished through the act of group thought, a form of crowd meditation.

There are a few notable experiments that bring credence to the idea of mind over matter and the understanding that there is something to the idea that the human experience can be quantified.  The first is the measure of a soul.  Dan Brown immortalized this process by describing what some call a real event, the weighting of the human soul.  It has been determined that our spirits have a weight and that weight is…wait for it..is.. 1/3,000th of an ounce.  This experiment in Germany used 200 terminally ill patients and weighed them before their demise and after and in each case the death weight of each person was 1/3000th of an ounce less that just prior to death.

Other experiments are focusing on healing of cancer patients and altering the recuperative time after surgery.  Some interesting results have fallen into the scientific realm with repeatable results.  Not completely scientific but enough perhaps to place Noetic Science into the category of maybe.
Noetic science claims that the mind or spirit is not imaginary but are based on photons or bosons giving a theoretical premise of substance, albeit subatomic but a measurable entity that can be quantifiable and real. Logically it can be assumed that if the spirit has substance then so do our thoughts and ideas, giving some indication of the power of collective thinking, or praying and the influence it might have for those in distress.
We have all said that silent prayer when in trouble.  Just before a big test or job interview or when we’ve done something extraordinarily stupid and want it all just to go away, we have all called upon that Great Spirit in the hope that something exists that can minimize our guilt or sorrow.  Since we’ve done so in the past why not try it again?  This time it’s for a very good cause.  Let’s put our minds together and voice a similar supplication to entreat and beseech the power within all of us for and in behalf of those tiny souls of tragedy including the parents, brothers and sisters left behind to suffer their loss.  Let us implore upon the cosmos the need for quit, solitude and calm, asking for comfort and healing for the hearts that are breaking.

My heart was full to breaking and I readily admit to shedding tears over the innocent loss of life.  This is a national tragedy, not because of the numbers killed but because of those that were victimized.  A singular prayer in unison cannot hurt, it can only help and perhaps with our combined consciousness it will help to heal not only the hearts of those who are left to morn but those of us who are far removed but are still deeply affected by  that loss.
Posted by politicaldad at 9:20 AM