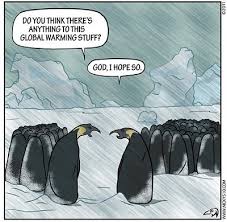 There was a sad story of a young child who suffered untold abuse and neglect, the evidence showed prominently on her tiny little body.  Bruises covered a considerable area of her back and legs as did burn marks from cigarettes and the dents left from a wire hanger.  Her limbs were broken and healed, to be broken again.  The evil that perpetrated these horrendous deeds were her parents.

In a very real way we, many of us, not me of course are inflicting great damage and harm upon our earth.  We trash it, we pollute it and we gouge great swaths of earth leaving scars that take years to heal.  We abuse the planet and never think of the repercussions to our own self esteem nor to the spirit, that is our earth.  Like the little girl’s parents we are neglecting the precepts of good stewardship and parentage and replacing those noble traits with selfish usury and egotistical endeavors.

There is so much that we can do to salvage what we’ve done.  Even the parents above could be forgiven, especially by the little girl if they atoned for what they did and discovered the truth about what they are, changed their mindset, behaviors and learned to love instead of despise.  This earth will repair itself and will forgive our lack of frugality, our gluttony and greed and will return to us the beauty that is inherent with all that she is.

Let me explain further.  Man is the steward over this planet and is responsible for its condition.  We will be held accountable for what we’ve done or not done to balance the use of the given resources, but it must be remembered that those resources are a gift with a limited shelf life, they will not be here forever, therefor we are obligated to devise and develop alternate sources for our energy needs.

Oil has been a wonderful product that has advanced human civilization and increased our standards of living globally, it will continue to be an important resource for years to come but that does not give us license to abuse the land, spill its fluids or waste what we don’t need just because we can.

The use of oil based fuels have increased our CO2 levels is true but it’s also true that the earth has responded in a positive way to mitigate those higher levels by increasing its worldwide foliage and its ability to scrub the air.   Even though the earth has responded to our injustice the time given to solve the issue of greenhouse gasses may be only short lived and we need to respond to those demands by altering our use of energy, not decreasing but changing the types of energy we use.

(There is an entire discussion of the types of energy, the politics surrounding certain types, their effectiveness and their negative effects on the earth, but that’s for another day, JUST BECAUSE IT'S AN ALTERNATIVE DOES NOT MAKE IT BETTER)

This must be done in a balanced manner and in such a way that economies are not dramatically affected nor individuals taxed to pay for the knee jerk reactions of so many that demand change now or we will all die.

We have the time to change, we have the time to develop and invent but we do need to do so responsibly.  This is not an issue of global catastrophe; it’s an issue of global responsibility. This is not a problem that requires globalization of all economies nor the enslavement of all its people through increased taxation or regulation.  It’s a time for innovation and inspiration in order to save our souls; the planet will be fine.

I agree we need to think about that little girl and the abuses done to her and consider how we abuse our stewardship, not only to this planet but to each other and how we absolve our responsibility through increased regulations that do nothing, increased taxes that only enslave and depress.

We have trashed the earth but at the same time we’ve made considerable progress in restoring balance.  There are more trees now than ever in the history of this planet.  Our air is cleaner that it’s been in years, our water is more drinkable and yes its partly due to the increases in taxes but if we as a people understand our duty to each other and the planet we would accomplish the same and be a freer people doing it.

I know that is a big if and many will say it can’t be done without a global effort, without global taxes and governments but I simply disagree and answer those with the spirit of man combined all things are possible.  I’m an optimist and make no apologies in my faith toward the charity of mankind and his ability to choose the right.

Posted by politicaldad at 10:33 AM