We’ve been Tudored until it hurts. 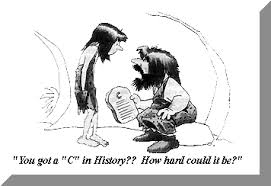 "Off with his head!" (Act III, Scene IV, Richard the III) may have been more than just a catchy phrase, It might have been the authors desire toward truthfulness in the face of his fanciful reenactment.  Shakespeare might have been paid by the Tudors to concoct the now famous play to besmirch the character of not only the late King Richard but the entire Plantagenet (plant- tay- jen- a, it sounds French and it’s impossible to pronounce) reign, a sovereignty that ruled from 1189 and ended in 1485 at the battle of Bosworth Field.

Shakespeare’s prose created a firestorm of historical doubt but over time those doubts have taken root and in many circles his story is the truth.  But like most historians know, the truth is often told by the victors and Richard the III was far from victorious as he lay dying or already dead from a vicious blow to the back of the head from a halberd, a malicious weapon that had the ability to dissect a section of Richards’s lower skull with one fell swoop.

One key piece of evidence never known before was the strange placement of an arrow found in the neither regions of Good King Richard.  This arrow was more than likely a sign of disgust and a sentinel to all who witnessed that there was a new king in town and no Plantagenet would ever sit (literarily) on the throne again.  It was the Tudors turn to try their trade as potentate and any means needed was employed to ensure that change.  It is speculated here that even though Richard died in battle that halberd cut from behind, perhaps from one of his own and the arrow purposely placed in his gluteus maximus, inflicted after death by the one and only Henry Tudor, soon to be Henry the VII, not to be confused with Henry the VIII, the second of this treacherous family to sit the throne.

History has always been a balance of fact and conjecture and with that conjecture comes the opinionated purveyors of propaganda perpetrated to perfection in order to substantiate predetermined plans of publicity.  We have to wonder what similar situations satisfy our curiosities away from the truth though good writing or directing.  How much does Hollywood play toward the obfuscation and how much are they paid in silver to digest the dictates of those who pay their wage?

This history lesson of Richard the III was a fairly simple event culminating in the changing of power from one family to another, but winning the battle and the seat of power was not enough and it took several hundred years to learn the facts that point us back toward the truth.  There are millions of people who flounder in belief due to the confusion created by those who impose their versions of events, muddying the clear truth of simple acts into convoluted conspiracies that forever complicate the process of knowledge, giving a sincere wonder to the other great follies perpetrated upon the human family.

Perhaps more importantly is the overt process played in creating this historical farce and the limited resources at their disposal.  All they had was a playwright, a death and the gullibility of the audience and presto a villain was born.  What we have is major media, movies, video, newspapers and government’s unlimited funds and billions of credulous newshounds soaking in the tripe and twaddle of every word, every sound bite from the ever present talking heads, and we wonder after the validity of certain conspiracies?  If the Tudors could execute such a long standing sedition of the truth in their time of barbarity, we can only imagine the truths that have been kept from us in our global civility.
"Now is the winter of our discontent". Richard III (Act I, Scene I), and a sad displeasure we all feel at having been so completely taken in by the political efforts of a few for the gain in power and prestige.  Far from the truth, so effective in its design that there will always be those who will forever continue to believe in the charade perpetrated over 600 years ago.

What truths are being replaced today, what lies are being told to alter our perceptions?  We are rife with controversy, inundated with questions and the only truth we know is the truth that’s told amidst the backdrop of political gain or monetary advantage.

As all good stories go, the truth is only a tool to be manipulated and used for the profitable ends of a good tale. And even as Shakespeare twinned the truth with suspect lies he wrote, "An honest tale speeds best, being plainly told". Richard III (Act IV, Scene IV).  And thus we end with yet another line penned by Will that prophetically told the truth of times to come, "The world is grown so bad, that wrens make prey where eagles dare not perch". (Act I, Scene III).

“That as has been done will be done again, we must then recall the words of wise that truth forever conquers lies, but knowing the truth amidst deceit is the real measure of that great feat” all mine…or at least I think its original, you never know I might be lying about the whole thing…

Look long, look hard at the news we read and the shows we watch, I believe there is truth but digesting the truth means swallowing the poison that comes with it.  At this point I’m not sure what’s worse surviving the poison or dying from starvation or in this case, ignorance.

Posted by politicaldad at 6:38 PM