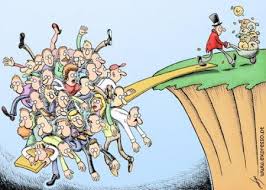 When you look into the face of your children and see the changes that occur over the years, the growth and potential, the hope and promise, do we look back and wonder if your parents did the same?  They say that our future lies within those faces and in some respects I guess that’s true, but when I substitute and take that little challenge I find myself cringing over the prospects and mouthing in horror “oooh my Gosh, this is what’s going to be taking care of me in my old age”?

Each of our leaders had a mother, or I think they all did and each of those mothers had at least one incident of hope deep in her heart over the future of that innocent little child;  that hope that they could grow to be happy and healthy.  Success only as a passing thought but very few mothers want more than health and happiness, for in that moment when a child’s eyes meets his mothers the connection of the spirit is indescribably tender and innocent.

I wonder too how often our leaders think of their mothers and think of the hardships endured in raising them, nurturing them and cuddling them to keep them warm and safe.  Do they ever entertain the notion of their responsibility to those initial feelings of hope and trust or have they simply forgotten the depths of love that once permeated though their mother’s optimistic eyes?

Today I sent a son on a journey that will inevitably help him to become a MAN, not just a male but a responsible, caring individual who shares his skills and serves others while learning to be responsible, learning the value of work to eventually pay his own way and earn a living, raising his own children in hope and love.  I sent him off with tears in my eyes and the remembrance of his tiny face as he looked back at me, his small, grasping fingers holding on to mine as if to say, “don’t let go, I’m too small to do this on my own but as long as I have you to hold onto I’ll be ok”  His eyes staring intently into mine, memorizing my face so that one day if he needs to remember who he is, my face will help to bring him home.  Even this morning as I turned to leave I could see his eyes look into mine, but with courage as if to say, “Now I’m ready, I think, thanks for not letting go, thanks for holding my hand, thank you dad…”

Our leaders have forgotten that connection and not just with their loving mothers but with the constituents who gave birth to their service.  They have forsaken the very notion of service and duty and replaced that sacred trust with greed and corruption, never blinking at the cost of their deceit and the untold waste of their treachery.

I’m sure there are a few politicians who are honest, who truly try toward trust and dignity but that old adage of “with great power comes great responsibility” and its evil cousin, "Absolute power corrupts absolutely".  By the way the origin of this saying is attributed to John Emerich Edward Dalberg Acton, first Baron Acton (1834–1902) or simply knows as Lord Acton who originally stated:  "Power tends to corrupt, and absolute power corrupts absolutely. Great men are almost always bad men."

The assumption of great men being almost always bad has some merit and historically we can see plenty of examples of good men turning evil when confronted with too much power.  What did their mothers think? What did they hope for those “great” men as they floundered spiritually but excelled politically?  What did their fathers think as they saw their sons and daughters wallow in the quagmire of deceit and political pretense, knowing that in their eyes once lived the innocent and loving child, filled with hope and trust?

When you listen to the politicians, do they really believe what their saying? Do they believe that we believe in what their saying, they must because they continue to get elected, year after year they spout the same rhetorical slop and we as a people gobble it up, like starved pigs at an empty trough.   We should be ashamed at the depravity of our own selfish desires as we continue to follow those who exhibit such obviously degenerate and decadent attitudes toward those they serve.

The average wealth of a senator is around 12 to 14 million, for a congressman it’s around the 3.4 million mark, making those who serve among the wealthiest in the country as reported by www.opensecrets.org Politics has become this countries number one source for wealth and those we elect will be swallowed whole into the pit of its depravity or will be almost immediately regurgitated and rejected, sent packing with the stain and brand of failure emblazoned on their foreheads, never able to return.  The honest will be swallowed and brainwashed, the descent dirtied and sullied, tortured until they too fall within lockstep of the horrendous pressures within the evil political midfield.

Their mother’s hope of happiness was forfeit for power and position, the gleam of faith that brightly shined from mother to son is dulled and faded.  Our country is almost lost, almost without hope, but there are those babes in mothers arms still to come, those honest and true who will not fail, will not fall prey, that might come forth and take that stand that will revive our future, restore our greatness while maintaining their own precious integrity.  And so I pray….
Posted by politicaldad at 9:22 AM