A Whirlwind of Dangers 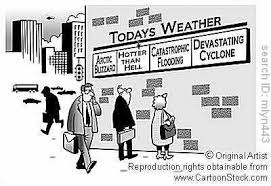 OK, by a show of hands, No Johnny you can’t go to the bathroom, ready, how many believe that this world is a dangerous place to live?

Kaitlin, why are you sitting on the floor? Your bottom hurts; ooh well that makes perfect sense.

What kinds of dangers do we face?

Juan? Your right, robbers are dangerous.

Emma? Fire, yes what kind of fire? Ooh the huge kind, do you mean the kinds of fire the burn houses and lots of land?  Yes good.

You mean Tornados, and yes they are very dangerous and many of you are probably away of the recent storms that caused many to lose their lives when a mile wide Twister, that’s another name for a tornado touched down and destroyed an entire town, killing 25 people some as young as you.

A similar discussion was had during a fourth grade class yesterday and some of the events above were real, like the girls sitting on the floor.  Also what was real is the devastation of these winds, both cold and warm that begin to mix, both vying for position, churning the air into a mass of confusion until at some unknown reason those winds decide to cooperate with each other, the cold moving down the warm moving up and the circular movements of both create a funnel of rapidly moving air that at times can reach speeds of up to 300 miles per hour.

No one really completely understands why they form or how they dissipate but we do understand the devastation of these common events, especially within the designated areas we call Tornado Alleys and the extreme loss of life to those saddened soles and families in the recent events in Moore Oklahoma.  Our hearts and prayers go out to the entire community and for a speedy recovery.  Keep in mind this is their home, their place of memories, why not rebuild, most chose to rebuild after a disaster for that same and very simple reason.  What we need to instill within these areas of risk is the need to build smarter, my hope is that they do.  The other factor is trying to learn more about how and why these disasters occur.

Years ago, and I’m  beginning to believe almost everything in my life was years ago, especially as I get older, but in this case it was years ago that I read an almost forgotten Sci-Fi story about Tornado hunters, a group of intrepid aviators that would literally seek out and destroy tornado's before they could cause any real damage.  If I remember the story and this was back in the late sixties or early seventies, no not the 1870….Billy do you want to go see the principal? Then sit down and be quite.

These flyers would fly above the circulating air, high above the top of the funnel cloud and with pin point accuracy drop a bomb ( I thought it was a small nuclear devise) right over the center of the twisting cloud and torrent of air.  The bomb would go off and with the blast the churning air would be disrupted and the dangerous twister would be no more.

What I’m curious about is such a concept really possible?  With our current level of targeting and varied ordinance capability could we essentially blast a tornado away?  I’d be interested to know what the ramification of such an attempt would be.  I think we all understand what would happen if they missed but I also know bombs could be triggered to detonate within certain parameters like atmospheric conditions, height or pressure and with those safeguards could we use such a devise to mitigate the destructive influences of these killer storms?

Tornadoes are not the only earthly risk we face, in California we are often reminded of the shacking power of even small tremors and most believe that the “big one” is inevitable and one day millions will awake to find the calming splash and serene waves kissing the shore off the coast of inland San Bernardino and places east like Fresno and Menifee.  I’m on a hill so I might be totally surrounded by water, maybe I should think about buying a boat.

This world is a dangerous place.  Even without the terrorist, the despots trying to take over the world I think the world has enough power to maintain its supremacy and superiority.  It makes you wonder, no matter what we attempt, how hard we try to disrupt our world, this world will most likely have the last laugh, just look what it can do.
Posted by politicaldad at 8:36 AM