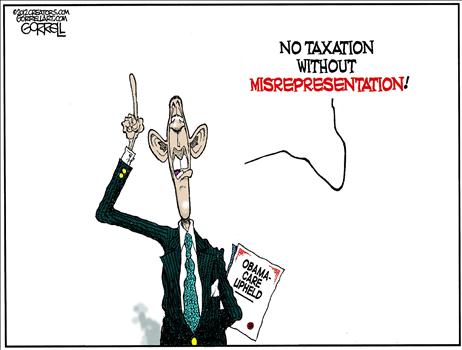 I have a pet peeve.  Only one pet peeve you ask, well actually I have a lot but this one tops the list.  We all have our little annoyances and our issues, our problems with the “way things are” and our concerns regarding what others think as normal or even acceptable but most of us have a few areas that might cause a random psychologist to consider filing for a 5150 (an involuntary psychological hold for 72 hours), if they knew nothing of us but what bugged us.

Squeezing tooth paste from the middle of the tube would be considered a pet peeve or not picking up your cloths.  There are as many pet peeves as people, even using the word pet peeve more than once in a sentence may even qualify as a pet peeve.
Talking on your cell phone while standing in line…
Saying like in a sentence after almost every word…Like, it’s like the other thing, like I was trying to say, that’s like, like…. People who wait in line and then not know what to order when it’s their turn…

You get the idea, everybody has their own level of peeveyness and tolerance towards others idiosyncrasies, even people who claim not to have any problems with others behavior may be considered a pet peeve, no one is perfect.

I may be setting myself up to a visit to the funny farm, the 5150, but here are some of my irritants and annoyances:
When a customer has multiple coupons and your line comes to a screaming halt just so they can save a few pennies.  I've often been tempted to pay the difference just to get the misery over with.
While driving and turning right and the driver in front fails to turn into the open lane because they want to turn onto the far left lane, waiting, and waiting until they can move so they don’t have to merge later…I know, I know,  these are my issues not yours.

Loud talkers, oh my gosh! I’m inches away, I may be getting old but I’m not that deaf modulate the voice, please.
Stupid questions are another source of aggravation, especially when the meeting has gone overtime and you have things to do.  Not just questions that need clarification but questions that suggest that the person was actually sleeping or playing on their phone while the information was previously presented.  Pay attention people, were not all here just for you.

My all time, number one pet peeve however goes well beyond the inane or frivolous inconsistencies of everyday life.   It has to do with the constant and never ending taxation of our properties.  To most this may not qualify for an annoyance and may fall well within the area of revolution but for me it makes no practical sense to tax a product, of which a home is (sorry for the ending preposition) but I can think of only one item that is taxed over and over again.

Taxes I understand, we need funds for the municipalities and local governments to function and for the federal and state to do what their supposed to do, like Obama care, taxation without representation, but that is another topic for another day but for now the topic of property tax creates a huge hole in the idea of self-liberty and is perhaps the reason for the blatant money grab that is the new health care mandate and that all important pursuit of happiness clause of the Declaration of Independence.

When I buy a car I pay a tax at purchase, this is a one-time only fee and should not be confused with licensing fees that may or may not be seen as a just cost but they are separate issues.  Once I buy the car I can sit in it, enjoy it, even drive it, on private property without having to pay the registration costs associated with using the public roads, but the tax is still a onetime cost.  Can you imagine paying taxes on the couch in your living room year after year, or the outcry that would come from paying double or triple taxes on items purchased?

We not only pay property tax, a tax that makes home ownership virtually impossible (if you don’t pay they come and take away) but we pay that same tax every year based on the current valuation of that property and in addition we are often triple taxed paying local governments, Schools, county governments and federal and state depending on which state and province you live in.

My number one pet peeve is not in having to pay the tax once but in having to continue to pay over and over and over again, a tax that never ends and will never end, a tax in perpetuity, designed primarily so local and state leaders can more easily budget their needs and wants, knowing that my property taxes will always be paid if I want to continue living in my home.

The collective mentality of ownership is obviously twisted and perverted establishing a false sense of ownership that favors the government and not the owner.  During my search for statistics and articles that discussed property tax I was amazed at the lack of information and the lack of general interest in absolving this long standing theft of our inalienable rights and the conversion of our hard earned profits for the perpetuation of the STATE.

So I guess my second most annoying pet peeve is the lack of concern by most who continue to pay these usurious fees and do nothing to resolve the issue and take back what is rightfully ours, maybe I’ll just rent… and start using the emergency room for all those little minor issues of life.
Posted by politicaldad at 1:15 PM