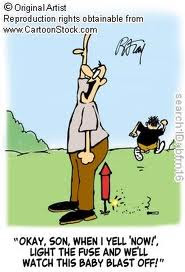 Number of hotdogs consumed on July 4th each year 150 million 313,000,000 people in the US or one of every two people will consume a hotdog.  I like an occasional hotdog but 150,000,000 over the summer months might be considered a bit excessive.

Amount of chicken purchased in the week leading up to July 4th ,700 million pounds, ooh those poor defenseless chickens, but put then on the BBQ and ooh my gosh what a great way to thin the poultry herds.

Amount of red meat / pork purchased in the week leading up to July 4th 190 million pounds.  I used to watch at my grandfather’s slaughter house, that’s a lot of cattle being skinned and processed, but like the chicken above it sure tastes good in the end.

Percent of Americans households with outdoor grills is approximately 87 %. We have a grill but it’s often too windy to use.  Most of the time we are forced to return to the protection of the inner kitchen and pretend to be eating flame broiled burgers or hot dogs or even the coveted chicken or steak…

The Number of Americans who will spend the holiday at someone else’s home is nearly 41 million.  While this lets us know that most of us stay home nearly 10% take to the highways, clogging the freeways and letting the rest of us who simply need to go to the store for milk wonder where everyone is going?

Amount of fireworks sold to cities for public celebrations 25 million pounds; I think this figure is all wrong; it seems that everyone has at least some form of explosive devise saved for that festive blastoff.  With more cities or counties banning the use of personal fireworks the numbers of black market stock is most defiantly on the rise or it would seem from my perspective as blasts and whistles and explosions could be heard throughout the night, last night.

The dollar amount of American flags imported into the US from China $5 million.  That’s just wrong.  We can’t even make our own flags.  Does China make its own flags, or are they made in Mexico?  Is there some international law prohibiting a country from producing its own flags?
Not necessarily strange, a little glutinous perhaps and sometimes over the top but let’s not let these statistics move us away from the reason for the celebration.

Like most countries Independence Day is a day of memory and freedom from what was once tyrannical or oppressive to one of less oversight and more freedom.  It may seem that we are moving back to what our forefathers lived and died for but we still, despite the current trends toward liberalism the conservative foundations of freedom and self-worth still exist and should still be celebrated.

Just remember, hold those roman candles away from your face, don’t let your kids play with M80 and if the firework does not work, please don’t hover over the top trying to peer into the inner workings to see if you can figure out why…Happy 4th everyone…

Posted by politicaldad at 4:57 PM