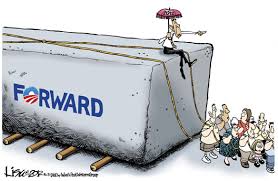 There is a level of frustration deep in the heart of the white man, an infection stinging his very soul with barbs of poisonous defeat.  Sheer cliffs of obstruction hinder his every move toward happiness while any move toward resolve is met with an equal and powerful deterrent generated by unseen and overwhelming forces that constantly berate and harangue leaving nothing but a shell of the man where once lived the hopes of happiness, dreams of success and visions of grandeur.

Employers endeavor to enslave, governments regulate toward obedience and special interests berate every effort toward self-fulfillment, there is nothing left of the boy, no room for the man and no time left to discover the lost soul within.  All want this man to be what he can never be and all want this man to simply shuffle and show a willingness toward whatever is asked regardless of what “it” is, never considering the effects on that man or his mind and spirit nor the consequences to future actions and generations.

The middle aged white male is forgotten and discarded.  His experience and knowledge replaced by the meager savings of the part time employee, the bottom line and the dregs of an economic downturn more disastrous than any in our living memory.  The “depression” was worse and made worse by inept economic decisions that prolonged the nightmare.  But as history teaches through repetition so we are learning once again the long term and disastrous effects of power hungry politicians who would destroy a generation to push their planned collectivism, giving to some while taking from the many, terminating the lives of those who were most productive, most knowledgeable at a time when their talents were needed most.

This depression is more than economic; it is a philosophical dismantling of what made this country great.  It has been designed to separate those who achieve and stabilize, unraveling a system that worked for most for one that favors only the few.  Only the few have fared better than the most, leaving a majority of Americans less able to cope and survive what was a simple cyclical economic adjustment into a long term opportunity to rape and pillage the spirit of America.

Perhaps that was the intended plan, extinguish from within, and weaken the ranks of success so that those in power could manipulate the rest  (All America) with ease.  So goes the Obama plan, find a patsy, undermine their power and move in for the kill.  The result is the largest displacement of workers since the great depression and the destruction of his most ardent opposition, the middle aged white male. I challenge anyone to find a demographic that has improved since Obama's Plans were implemented? (exception would be his friends, not really a demographic)

The Obama plan, planned well and executed flawlessly, leaving bloodied bodies, broken families and men, once strong men, proud men scratching for a living, worrying and wondering what to do and how to restore what was plainly stolen from them but with nowhere to turn and no one to understand they can only mouth their frustration in the false hope that someone will care.

For the past two hundred and fifty years the middle aged white male has had a profound influence in advancing society, technology and in creating the foundations for freedom and excellence.   The average age of our founding fathers was nearly 50 with many in their sixties.  It was that time of life, that level of attainment and security, the maturity and experience that allowed these great men to accomplish what they did.

Today’s great men, those potential minds and lost experiences are being swept away in the tide of uncertainty, leaving millions without work, underpaid, uncertain and unable to guide, motivate or exemplify the next generation to come.  The effects of such a crack in societal evolution will create a profound disconnect between one generation and the next, leaving the younger generation to flounder, blindly seeking their way without the guide that all generations past took for granted.
This upheaval has pushed women into the workplace, distracting them from their families, not by choice but by necessity, fracturing the family, further emasculating the man and driving the unintended wedge that continues to split the essential family into chaotic individual parts, weakening all of society and the individuals concerned.

Suicide rates have jumped by as much as 100% further devastating an already tenuous survival.   Lest you think this is only about the White Man, the statistics show that a direct correlation exists for all males with the White male only setting the stage, for other races, especially Black and Hispanic the numbers are even greater by percentage of population.  What’s bad for the Gander is bad for the goose, so to speak.  Destroy the white male and all of society falls.

This may sound a bit racist, it is not, but when you view the world scene take a look at who runs the world and why?  Look at the countries with major problems and compare those that allow basic freedoms.  This is not to forsake the evils heaped upon mankind by the “white male”.   Many have done and continue to do unspeakable and horrific acts but those acts are not singularly those of the White Man, every culture has individuals who, with evil intent take advantage, destroy and pillage, the list is long.  It has been the white man who has primarily advanced our world, increased our freedoms, sponsored technology and health and have done so for almost every aspect of life and for over 1000 years.

The good created by Democracy, and innovation has spread throughout the world and that good is now being sacrificed for the despotic intentions and selfish endeavors of a few who would see us all flounder and grovel at their feet.   Perhaps these difficult times are needed to restore our spirit, increase our resolve, helping not only the white man but all men to stand and fight against the obvious tyrannical motives of those currently in office.

Posted by politicaldad at 7:21 AM