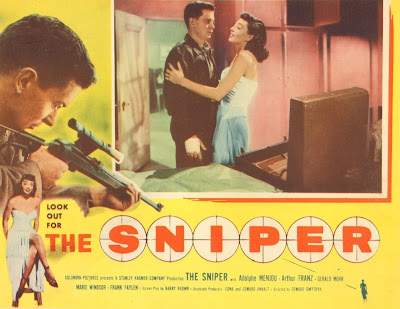 It was a simple task really, move in take a few shots, photos, the other shots costs extra and the client hadn’t opted for that option, and then quickly get out.  I had gotten in, settled in and scanned my perimeter and waited for 40 min to make sure nothing had seen me, there was no movement, no infrared signs and no sounds from the compact parabolic, I was alone.

Two hours later the marks arrived, two men and a tall slender woman who looked ready for the dance floor than a drug drop but then a little eye candy never hurt the negotiations I guess.   In retrospect perhaps it was that same women who caught my eye that allowed someone else to see my position.  Hard to believe though since I use totally non reflective equipment, not even a person looking straight at my sights could see the glass looking at them, but somebody did and somebody took that shot.
The blood was slowing now as I sprinkled Celox V12090-35 on the wound; all bleeding would stop within a few seconds, the pain however was another matter but my training allowed me to totally ignore the burning, at least until after the mission was over.

Another shot missed within inches but it was a little further to the left, leading me to believe that these were either warning shots or simple depth charges just to see what could be flushed out, I bet on the latter, knowing that my position was safe and my preparation sound.  Something must have spooked the group in the building, a bird, a mouse a slight rise from their own infrared sensors perhaps.  I was covered from head to two with Multispectral Camouflage Ghillie Suit (MSCGS), it was a little bulky but kept me from being detected, except I thought when I had scratched my nose a few minutes ago, exposing my fingers and nose to detection.

It would have only been a second or two but long enough for a sensitive thermal scan to pick up a blip.  But now that the blip was gone the shooter was simply making sure, aiming at where but not at what.  I remained perfectly still, my back to the building, my breathing controlled, my head down breathing into my hands to minimize the human exhaust and tell tail signs of life.  Ten minutes, not another shot. It was time to get to work.

Shifting my position I crawled to the staging area and used my mirror to gauge the conditions of the targets, they were all there as expected.  As I was watching another entered the room, I couldn’t get a clear view of his face but he seemed familiar.  I had to drop the gaze and change positions to get a clearer view.

Once again lifting the small square mirror with a coating that minimized its glare from others, I could clearly see the occupants including the new arrival, my partner, the buyer.  His face and position clearly etched as I dropped the mirror back into my front breast pocket moving the camera back to its bag and positioned the Barrett .50 Cal with sound suppressors between the two substantial rocks that also gave me the cover I needed if I missed a shot and they had time to shoot back, unlikely but it does happen.

Even thought my assignment was to photo only the situation had changed as my partners activities were discovered.  My first shot was at the buyer, my partner, the kingpin for selling these drugs to hundreds of kids and users; the estimated street value from what I’d seen was in the millions. It had to be stopped.  With quick aim I shot and the .50 went right through his upper shoulder, ripping tendons and muscles, breaking bones and shattering his clavicle in three places.  He wouldn’t die but he would also not be running away, nor have the use of his shoulder and never fully functional.

The next two shots were head shots with nothing left but a facade leaving only the face but nothing of the head in the back.  Three down.  The woman, I paused, she was standing in shock seeing the three sliced down without a sound, knowing she was next.  I took a deep breath, let it out slowly, I was in no hurry she was like a dear in the headlights, I squeezed the trigger and the .50 cut her left ear at the upper ear flap.  I didn’t take it all the way off, just enough to be able to recognize her when she went to the hospital.  She was bleeding profusely but the shot had startled her enough to run, leaving the rest of the crew behind.

Two dead and one seriously injured, I dialed 911 and waited for the sirens to be heard before leaving.  Taking one last look through the scope I could see my partner looking straight at me, his eyes filled with fear and guilt and that understanding of what I had done.  He knew I had taken the shots and knew I had saved his life, saved his life to rot in jail, he also knew.

The ambulance was almost here, followed by a few cop cars as well.  It was time for me to go.  I had to hurry to get away undetected and have time to locate the hospital where the woman would be visiting very soon.  Cut me some slack will ya?  In my line of work dating is very difficult, meeting nice (ok beautiful) woman is not that easy.  I figure I maimed her I might as well try to get to know her, we’ll see where it goes from there.  I do own my own company now, I should be able to take a few days off here and there, don’t you think?
Posted by politicaldad at 3:42 PM