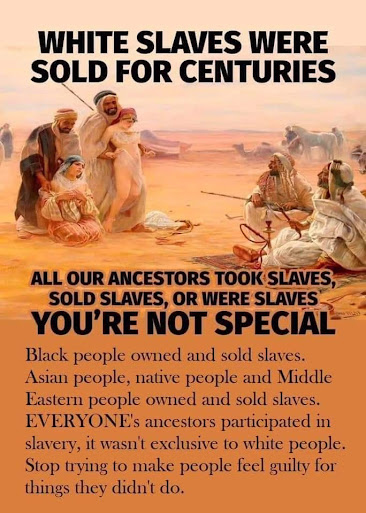 There is an estimated 700,000 sex slaves in the world today. 700,000 people, boys, girls, sisters, brothers, daughters and sons, forced into an incredible world of hedonistic, violence, drugs and forcible rape.   That 700,000  is only an estimate of those forcibly taken and does not include those young girls and boys who work the streets within civilized cities, runaways and lost children who are manipulated into thinking they are worthless and must comply in order to survive.  All of these unfortunate souls are forced into a life of unbelievable violence degradation.
The economics of slavery are in full force with many forced into addictions to ensure their compliance, forced to sell their bodies under the watchful overview of a pimp, who proclaims to be their benefactor but can easily make 300,000 per girl, per year, making this form of capitalism worth 21,000,000 billion a year.


In the past if you were a slave there were ways to broker your freedom,  not many and generally once you were free you could stay free.  If you had help, if you moved away from the area and if you were careful.  It wasn't until the Emancipation Proclamation that true freedom, at least in part, was possible.
The Emancipation Proclamation broadened the goals of the Civil War. While slavery had been a major issue that led to the war, Lincoln's only mission at the start of the war was to keep the Union together. The Proclamation made freeing the slaves an explicit goal of the Union war effort, and was a step towards outlawing slavery and conferring full citizenship upon ex-slaves.

What we need today, for the nearly 27 million slaves worldwide, is a new Emancipation Proclamation, a document that unifies the world to the unspeakable atrocities of human trafficking and slavery.  There are more slaves now than in anytime in world history and we think we've come so far?

Slavery in the early 19th century had a relative cost of around $40,000 per slave, creating a serious investment and commitment with the realization that most slaves were well kept (still slaves) but they were fed and cared for and for the most part, the owner understood at least the economic considerations of keeping his investment profitable.

Today a modern slave can average about $90 with some prostitutional costs hitting the higher levels of cost, make up, clothes, jewelry, no visible bruising, not strung out, non-responsive products, that all costs money to maintain.  The other side, the lower end, is mostly within the third world where children are sold for a few dollars by desperate fathers and mothers in order to buy rice for the remaining children. No maintenance needed, just work them until they die.

From an economic stand it’s easy to make back your initial investment without having to worry about maintaining or “marketing” the product.    Supply and Demand has worked well within the modern slave trade, especially within the third world, providing unscrupulous land owners, businesses, pimps, etc.…with a well of ready and replaceable bodies that virtually cost them nothing.

Not too long ago unsuspecting parents and teenage girls were lured into a scam of modeling and free trips to Paris when at the last moment the police stepped in and rescued the girls who were getting ready to board the plan that would have taken them away from their mothers and fathers, not for the promises of fame and fortune but to be sold to lecherous and evil traffickers that prey on the unsuspecting.  These girls and families were the lucky ones, hundreds of thousands of others are not so lucky and many are never found, alive or dead.

Slavery in any form is still Slavery and it needs to be abolished and those responsible given the harshest of sentences imaginable.  Just like the children of African families, the mothers ripped from their husbands arms, the daughters displaced and sons stolen in unmerciful raids of familiar theft.  The scars that never healed are still a part of our society, even now, generations later those scars are a visible and constant reminder of a serious breach of morality.

Modern slavery is having the same effect but on an even greater scale.  The 27 million is only an estimate of the true numbers and it is feared that those currently enslaved is much higher, with the related costs and lifelong burdens, the psychological effects, the loss of humanity, at the peak of our existence.
Like slavery throughout history it is assumed that it is an historical phenomenon, many believing that we are a better people more enlightened, more sensitive, we would never allow such a thing to happen in our age.  But just like the slave trades across the Atlantic, and just like the slaves sold to eastern European royals and just like the slaves by the Japanese during the wars, slavery is and will most likely remain with us a stark reminder of how little progress we actually make as “enlightened humans”, we are now worse than ever before.

When profits outweigh morality, when political capital outshines honesty, the cause of the human condition will always be a shadow in the glaring reflections of those that lead.  We have too many shadows today, not enough light to shine away those dark and shadowy places, not enough glory to banish the darkness.

And I guess the worst part is those shadows of darkness are growing, infecting our own souls, our children and our families as we feign from right to left, dodging the shafts of gleaming reality, lurking, slinking from the truth that is our lives.  We can do so much better, be brighter and more of a shining light to all who see.  But alas the world of woe strains hard at our measure, leading us to disbelieve in ourselves and in our own divinity…. We enslave ourselves to the horrors of evils insatiable apatite,  unwilling to simply... chose the right

Posted by politicaldad at 2:31 PM