The act of knowing what you don't know 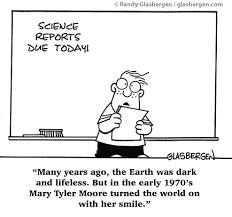 The option of knowing, really knowing something is a very rare occurrence.  We may think we know and we may proclaim or espouse based on present understanding but that present understanding does not often translate to knowing.  Science and the search for truth through science is a great example.

In 2006 the pharmaceutical giant Pfizer proclaimed a breakthrough in the fight of high cholesterol or the over production of LDL’s the bad cholesterol in a promising drug called torcetrapib.  So confident was Pfizer that they had spent 1 billion in its development and an additional 90 million expanding the factory to produce this new miracle drug.

On November 30, 2006,  Jeff Kindler, then CEO announced at their stockholders meeting that they were on the verge of changing the face of healthcare.  As he spoke to those investors his level of knowledge was backed by reams of research, billions of investment dollars and a track record of success in controlling high cholesterol with other Pfizer drugs like Lipitor, one of the most common and effective drugs for the treatment of high cholesterol.

FDA approval requires stringent testing with a track record of more than 40% failing the phase III trials.  Even before those trials officially started for Pfizer they announced on December 2, 2006, two days after the grand investors meeting, they pulled the drug and stopped production and abandoning the FDA trials.  They had discovered (in those two days?) that the drug was actually killing people by triggering higher rates of chest pain and heart failure and a 60 percent increase in overall mortality, not a good trade off to lower and safer cholesterol.

Another example is the famed fiasco of the fabulously flopped Ford, the Edsel.  The knowledge of the markets, the testing of the product and the overall consensus that the Edsel would be a success motivated Ford to invest millions in pre-production and advertising; we all know the end result, it was a monumental flop.

The Nova by Chevrolet was a great success in the United States but when they marketed that same car in Mexico and South America the No Va (meaning no go) changed the successful scenario of understanding to a complete failure.

We may think we know, but in the end even with a complete understanding of the all component parts, how they work, how they interact, what they do, does not ensure that we have the level of understanding to proclaim a complete knowledge on any given topic, subject or research.

Science is the process of accumulating understanding and the process of theorizing and testing.  The more tests the more accurate the results and the more assured we are about the future of those tests and interactions.  Science has accomplished miraculous strides in our overall understanding and has increased our knowledge of many things but like Pfizer the real result was quite different, primarily due to the simple aspect of not having a complete understanding of all the components or a complete knowledge of any given area.

We will continue to try and we will continue to mostly fail, but therein lays the basic truth of life.  We live to learn, we learn to live and in the end we may have a glimpse of the promises of that life only to be to old too truly benefit from that accumulated understanding.

Science continues to tell us of their successes but the reality is that they fail much more often than they succeed and even with those successes the truth behind the future of those successes is mitigated by further research that invariably changes or makes moot the very promises postulated previously.

Science is then nothing more than a faith based approach to the physical world, hoping what is discovered will stand the test of time. The opposite is within the metaphysical, the religious, the spiritual, it requires faith first and verification second.  I don’t really see the difference except in the promises that were postulated in prophetic utterances, they provide real hope where science only gives us a suspected wish; I’ll go with the hope but still like all that cool science stuff.  I never could understand why we can’t have both.
Posted by politicaldad at 4:42 PM