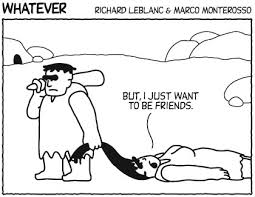 The many stories surrounding the heroic efforts of courtship and love had its beginning in ancient Rome where a Priest named Valentine secretly married soldiers who were banned from wedded bliss and for administering to other Christians.  It is believed that he was imprisoned for his actions and actually healed the daughter of his jailer and upon the day of his execution wrote her a letter, signing it “Your Valentine”.


St. Valentine is now a revered and holy saint (I guess all saints are considered holy, it just wouldn't do to have an unholy saint), and his memory is extracted across the world on the same day, February 14.

The commercialization of love however is not quite as romantic as the mythology of St. Valentine.
From simple gestures of friendship to extravagant gyrations of devotion, Valentine’s Day has been co-opted by Madison Ave. to encompass everything from first infatuation to the very tawdry, making billions to those purveyor’s of love and romance.  It was estimated that in 2009, 17 billion was raked in through the selling of cards, gifts, diners, movies etc…it is a rather expensive non-holiday, holiday.

In the past, romance may have not been so expensive but the practices were no less complicated.  Beginning perhaps with the Greeks the complication may have had its start with the semantics with the word “love”, they decided that there needed to be two types, Eros to mean a more carnal or lustful love and Agape to mean a more spiritual and heart centered emotion.  We can clearly see the distinction but the two words we use are lust and love to distinguish between the animal and the spiritual.

Society has actually come a long way from the old practices of a brave but forlorn male physically capturing his “love” from a neighboring tribe and spiriting her away.  I would venture to say that those that try this method today would find themselves in a bit of trouble.   The couple, and I use that term loosely, the captor and the captured would hide away and tradition has it that they, the lustful couple would drink a brew called Metheglin made from honey and would stay hidden for at least one moon cycle giving rise to the name honeymoon.

Even though arranged marriages were the norm throughout history the concept of love was never abandoned.  Evan though a political appointment by marriage or property or position might  force a couple together the ever present desire to be loved and love created many more “happy” marriages than dismal association helping us all to understand that love does conquer all.

Regardless of the proposals of politics those being pawned would often court their intended in order to soften the arrangement and if possible create a real love connection.  Flowers were often used, poetry sighted and prose serenaded from thorny patches to open windows.  Can you imagine a young man today standing below your castle window and singing some rap song to your daughter?    It wouldn't take me long to call the police or more likely to retrieve my heaviest cane and run him off.

There are some very strange customs from history that I think we can all agree are best left in the past.  For example Eligible women in rural Austria during the 19th century would tuck apple slices in their armpits while dancing. When the music stopped, they would offer the sweat-soaked fruit to their partner. He would consume the exotic treat if he wanted to be “exposed to her personal fragrance.”  Yuck.

Another example and a bit more practical was when fine English gentlemen would offer their true love a pair of gloves. If she wore them to church on Sunday, it was her way of agreeing to the relationship. If not, they spared themselves a lot of drama. That actually might not be a bad idea today, all that money saved with dinner and movies and flowers for just one pair of gloves, I’m all for that one.

In old Norway when a girl became ready for marriage; her father would let men know she was available by placing an empty sheath on her belt. If a suitor fancied her, he would place a knife in the sheath, which would signal to others she was taken.  Gloves or a knife, that’s a tough one.

In Wales, not whales like the gigantic sea swimming mammals, young men carved ornate spoons, called lovespoons and presented them to the ones they like.  Reciprocation with a womanly carved spoon signifies a keen interest.  There actually still doing this in Wales, not like in the past, but it is still an art form.  When I was in Wales most tourist shops had a few to sell to commemorate the once proud carving tradition.

Regardless of how you found your true love, through internment by a third party or a church dance the end result should ultimately be Agape, the love of the spirit to spirit.  Eros may be in demand in all we see and may be pervasive throughout our media but that deep, emotional, poignant expression of “true love” can only come through devotion, service and kindness.  In the absence of these laudable traits a good carving hand might come in handy.
Posted by politicaldad at 9:32 AM