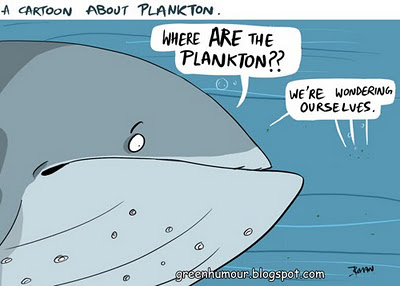 Over the past few days and probably for the next week, I’ll be spending my time working on an old house.  There are so many little things to take care of.  Leaky faucets, doors that don’t close properly, peeling paint, dirty stoves and broken tiles, all fixable and all repairable, for the most part, this early 1910 house is in great condition, it’s bones are good.

In comparison, my own bones are showing age and weakness, my sinews, for those that don’t know what a sinew is: they are pieces of tough fibrous tissue uniting muscle to bone or bone to bone; a tendon or ligament.  These pieces stretch and weaken with age creating havoc with our joints causing pain and discomfort but for most, it’s simply the way of life, nothing lasts forever.

Unlike the old house or old cars it’s more difficult for us to replace worn out parts, there trying and in some areas their getting quite good at knees and hips some organs etc…there is even a new treatment that uses the stem cells found within your own bone marrow and blood platelets that when injected renew the tired and used parts by helping the body to build a new, repairing torn ligaments and tightening those stretched out sinews, helping the old and injured feel years younger.

The question of how long can Man live has been a hotly debated topic of late with some suggesting that if a child were to be given “proper” nutrition from the beginning and continue to feed his body appropriately then old age could conceivably stretch into the mid 100’s and perhaps even into the dual millennial line.

Others suggest that the use and over use of harmful chemicals hampers our body’s regenerative abilities stalling the longevity that could be available even with our current abundance of foods and supplements.  It’s these chemicals that are pervasive in all we eat, that may be the cause of cancer, heart disease and stroke, the major reasons of death in today’s fast past environment.  It may be these life style choices that causes us the most harm or could cause us to live a more fruitful and healthful life, depending on those choices made.

The issues of longevity must however be balanced with the quality of life for what good is a long live is that live is solely filled with misery and sorrow?

Let me change subjects and hopefully I’ll be able to tie the two together.   The Wolf was recently re-introduced into an old environment, Yellow Stone Park.  There were two divergent views about this process.  One side believed that the wolves would ravage the environment and destroy the fragile balance so carefully managed, while others believed that it didn't matter because the wolves had a right to be their regardless of the outcome.  The surprising aspect of this study showed results that were really astounding and provides a lesson to us all in the matter of balance.

After a few years the few wolves, started acting like wolves and the deer populations started thinning but with that thinning an amazing thing happened (keep in mind Man has been trying to manage the deer population for decades), the meadows where the deer felt safe and ate to their content became a hunting ground for the wolf, so the deer stayed away and they started acting like deer.  With the deer gone the meadows began to grow and with that growth the trees returned, the beavers returned and the once changing streams stopped changing.

Birds were in a plenty, rabbits were managed, insect life returned and a new balance of nature took hold making life better for every species involved.  The same is true with plankton growth, when whales were allowed to roam freely within certain areas of the ocean.  There were problems with a serious loss of plankton and the reasonable thought at the time was that more whales would continue to decimate that growth but the opposite occurred.  This is kind of gross but when whales poop and they do poop a lot that poop floats to the top and actually feeds the plankton and with the increased plankton comes a variety of healthful species that fill the gaps brought on by the absence of the large species.
Balance therefore is not in the great changes we make to our lives but the small almost imperceptible changes we make.  Who would have thought that a wolf or whales life in an environment could have such a positive effect?  It is my contention that like the wolf or whale, man can create that balance that allows all species to live in harmony.  I don’t know how and I certainly don’t want to be reintroduced as  a cave man hunter just so the mastodons can become more plentiful but the lessons learned by how all species work together has to include man and it’s mans  duty to “dress this garden and to keep it”
These are not metaphorical or symbolic, the Garden is the World and we are given that same advice to watch over the world and to help it to thrive.  Through proper management and self control this world can be in balance and with that balance Nature will bless all men, and women and all species with a greater sense of being, a greater sense of who we are and a more harmonious and health filled life.

Taking care of an old house is easy but we can all see that the more time and effort we put into that old house the longer it stands and the more it can do what it was built to do, shouldn't that same promise exist within our own lives and the lives around us?  I think I’ll adopt a wolf or a whale and see if my shoulder gets healed…what do you think?
Posted by politicaldad at 6:15 PM