believe or not believe 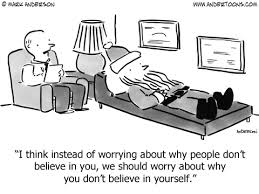 How do we chose what to believe, how do we decide what’s worthy of our efforts toward devotion?  Do we, like so many simply adopt what has been presented or do we attempt to establish our own rubric of standards to live by?  Making these decisions is more often the result of some unthinking progression and subtle acceptance and not the conscious effort of deep consideration.

For example, the laws of man or mostly societal based, measures enacted to maintain order and in some cases garner favor or influence; we are bound by many of these rules simply because of the consequences for disobedience.  They do however have their place.  Allowing drivers to drive any speed in any lane would not be beneficial for the driver or the others who simply wanted to get to work.  Living in a society demands some consideration for the safety and accessibility of others.

Determining what to believe or what to follow necessitates a short discussion on the definitions of what “law” is and how they are derived:
Physical law, a scientific generalization based upon empirical observation
Natural law, any of a number of doctrines in moral, political and legal theory
Scientific law, statements based on experimental observations and describe some aspect of the world, implying a causal relationship
Laws of science, statements that describe, and predict phenomena as they appear in nature
The Law of the Jungle, the idea that in nature, the only "law" is to do whatever is needed for survival

But belief does not fall into either man made rules or laws or those understood as natural.  Attempts by some to explain beliefs do so through either subjective or objective reasoning, meaning that if you prescribe to the objective you have “proof” of your moral standing and belief.  1+1=2 is an objective statement there is no subjectivity involved.  Creating a belief system based on objectivity is inherently difficult due in part to the very subjective nature of a supposed universal standard.  Proving a belief is in itself a subjective process but many still utilize objective methods when attempting to define their “feelings” as something that everyone should be able to obtain with the mistaken premise that just because they feel it others should too.  But this does not in itself negate this process, it only makes it more difficult to quantify. Even within the laws stated above the level of objectivity depends on the conditions of the test.  In order to substantiate a law as objective it must be repeatable and quantifiable and that requires specific conditions.

These rules or laws may be provable in the finite and within what we currently understand but if removed and altered beyond our understanding would the results be the same?  Many claim that the results would be the same but does not this require a level of Faith or belief?  This question is not meant to question the validity of scientific discovery but to illustrate the often ignorant comments of finality without the requisite complete knowledge needed to make such a statement.  Just because it works here and now does not guarantee it will work in the future or in a different universe or dimension.  At least we can take some comfort in knowing that it does currently hold “true”.

Subjective or relativistic beliefs are much easier to explain; they have no foundational basis and are subject only to the designs and opinions, life experiences, cultural differences or the simple emotions of the observer.  Creating a belief system based on the subjective can be as easy as saying that 1+1=3.  In physics, the relativity of simultaneity is the concept that distant simultaneity – whether two spatially separated events occur at the same time – is not absolute, but depends on the observer's reference frame.  This means that a subjective belief is really nothing more than a perspective based on the time and space of an observer.  More observers may mitigate, to some extent, the level of subjectivity but in order to move from subjectivity to objectivity a more complete view of all events from all perspectives throughout time needs to be established in order to know the “truth” of that one singular event.

Mans desire to know the truth, albeit laudable, not laughable although in some instances those attempts can fall well within the comedic range, is often clouded by his singular desire toward that truth.  If the above scenario is true and in order to get a clear picture of any given event a complete understanding of all past, present and future perspectives of that event needs to be known then the very act of seeking the truth within our finite existence is nothing more than a futile exercise in subjectivity.   Seeking the truth is important and it is a standard that needs to be pursued but in order to obtain truth objectively all subjective criteria needs to be correlated and balanced with the provable and repeatable, creating a balance of faith with knowledge.Unmistakably faith is often perceived as not having any knowledge being only a hopeful premise of what might be, but in contrast to this popular stance faith does not preclude understanding or knowledge and in fact requires a substantial amount of evidence in order to sustain itself.  When someone exhibits faith in another it is generally due in part to past experiences or understanding of who or what that individual is or what they can accomplish.  The etymology of faith comes from a French derivation and means believe or trust, confidence or making a pledge.  Logically would you pledge or have confidence in another without some prior knowledge or understanding?

Faith has morphed into a blind obedience that has no bearing on history or reason and it still has a strong sense of subjectivity that makes objective reasoning very difficult when correlating belief into the equation. Which beliefs are more objective and which are more subjective and is it really even fair to compare the thousands of belief systems that permeate our lives?  Is my faith more real, is your faith more scientific, or like the atheist is all faith simply the empty mind mingling with inner fears to create a system to mitigate those uncertainties by projecting our hopes and dreams, our fears onto an all knowing, all encompassing being that subjugates and toys with the lives of its hapless subjects?

There is a difference between fact and faith, between belief and knowledge but that difference is based on the comparative understanding and overall view of each and every component part.  We can make definitive statements and for the most part those “facts” hold true because of our shared level of existence.  When that existence is expanded many of our facts will retain their cohesiveness and remain factual while others will have to be altered in order to coincide with the new parameters introduced.

Faith may be viewed as a spiral of understanding that instead of starting from the center, the hypothesis, and substantiated as it expands its focal point is beyond our present understanding and experience requiring a belief that can be substantiated but through an inward cycle rather than outward process of experimentation and empirical measurement.  There are objective means and repeatable criteria but most rely upon the individuals perception not unlike the distant simultaneity  a process of perception that will eventually efforts coalesce into pure knowledge and universal perceptive, that is the theory.

What we believe may not provide the empirical data to drive us toward expansion but it does provide understandable and replicatable results that drive us introspectively toward devotion.   Do we live our lives because the facts prove to us that doing good is profitable or because we just know that it does?  Facts do not lead us to love, they do not prompt us to be charitable, we have to believe in love and know that charity works without the requisite scientific measures.

Belief, as subjective as it is does have a substantial measure of objectivity but that impartiality depends on the focus of one’s beliefs.  There are rational beliefs and irrational with many falling somewhere in-between.  But even the more irrational should not be discounted.  Like those who believe in aliens, to many that is a purely irrational mind set but when related evidence is correlated the idea of aliens can become “believable”.  When  Carl Sagan announced that there were billions and billions of stars it presupposes that there are numberless options for at least one solar system to be just like ours.  With that statistical reality the chances of “aliens” becomes a reality based on statistical probability and not an irrational belief.

In the same sense a belief in God can be similarly rationalized.  Just because we don’t have proof of His existence does not disprove the validity of a Divine entity.  Does God exist?  Does he have a Son?  We know there was a man named Jesus and we know of his political influence.  We know there are billions of stars, we know there are questions in science that far outnumber those answered and we can even conclude perhaps that in all that we are, all that we hope to be there is a truth that circumscribes all.  We all seek the facts and the eventual never changing truth’s, it is as if we are driven toward that goal of knowing.

Are we so egocentric that we actually believe we know it all?  I believe…. I believe that there is more, much more and that there is a God who actively and lovingly guides us toward those truths.  Believe what you will but keep in mind that whatever you believe requires you to exercise faith toward that belief…
Posted by politicaldad at 9:26 AM