Duell of the Minds 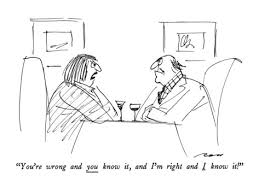 Charles H Duell stated emphatically that “Everything that can be invented has been invented.”  He truly believed what he was saying, back in 1899 and as the U.S. Patent Office Commissioner he thought it gave him the insight into what was what.  We may think that we are all so more advanced now that nothing like that will ever occur again….

But the overriding phenomenon of blanket and all encompassing statements has not seemed to suffer since that time, leading me to surmise that we are a people of edicts and proclamations, factually faulty pronouncements and seemingly truthful opinions that only serve to advance our utter and complete misunderstanding of most things.


We have made great advanced since 1899 and our lives are made much easier in many ways because of those advances but taken on a scale of intelligence have we really made that much progress?
In the 1970’s Carl Sagan (you know the Billions and Billions guy) stated that we were a world reaching adolescence within our reach for technology, meaning that we still have a long way to go before adulthood and the technology required for future growth must be phenomenal, especially when you consider the gap we’ve crossed from 1899 to now.  With that being said there are many who come close to Duell’s proclamations and state facts about science or philosophy or any number of topics claiming that they know the truth they know the facts and they know what they know and that’s the end of it!

One of these is Global warming or cooling, sorry climate change proponents; they are emphatically insistent regarding their supposed understanding of our current dilemma and are dismissive without regard to others opinions, facts or evidence, if it does not fit within their narrow band of finality.  This is really not about global issues but about the process of learning and expanding and whenever we fail to see our own ineptitudes we will inevitably be doomed to the ignorant realities that will always trump that stupidity.
Soviet astronomer Nikolai Kardashev, who 50 years ago proposed an extraterrestrial civilization scale that puts our civilization within an emerging level 1, meaning that if we were fully a 1 we would be able to harness the power of the sun effectively enough to power most of our needs, were getting there, were about 75% and it’s estimated that it will take another 100 years to reach that first level of development.

A level 2 requires a civilization to completely control the power of the sun, good luck on that one in the near future unless someone out there has a Dyson sphere laying out in their back yard.  There are other levels as well but the point is we are so backward, so unprepared that the difference between us and a truly advanced civilization is more in line with comparing ourselves today to the ameba rather than those with stellar capabilities.

Making assumptions, even based on science is something that we are forced to live with and deal with but when we proclaim like Mr. Duell, as we often do, the fabulous advances in store are only curtailed and slowed.  Global warming again is a good example, instead of vitriolic and hateful rhetoric regarding those who have differing opinions regarding the issues we should really be focused on how to take advantage of the inevitable.

We can do better as a species, we should be better stewards over this planet but if we are to advance we must put aside the hate, the divisions and the attitudes of grandeur fostered by miniscule discoveries that trick us into thinking that “we know it all”, and keep the perspective that we are but an ameba in the grand scheme of things.

We need to help others to learn these eternal lessons of preparedness.  Teaching our children to be responsible rather than just simple succubae on society’s services should be our first priority.  Before we can teach our children we need to prepare ourselves and look inward at what we are, who we are and what we want to truly be, for our children will look upon us as their primary example, if we get it wrong they get it wrong and for generations the downward spiral of morality will be lost.

I look forward to scientific advances; I love to read about them and study them and even use them, when I can figure out how to turn on my VCR and put the tape in the right way and actually get the TV to work so I can watch the show that tells me about those advances….I am trying….That’s all I ask of the rest of you.

Posted by politicaldad at 7:33 AM