It's Just a Little Lie 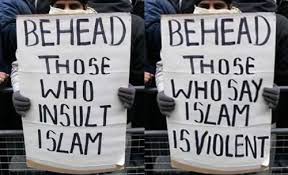 Generally speaking when an individual makes an excuse for behaviors not inline with the norm, everybody knows that the diatribe of lies and pretext is nothing more than an attempt to justify and excuse those very same actions.

Everybody, literally everybody has fallen prey to the ever so present trap of trying to excuse away the stupidity of our lives.

You would think by now, with all that we have accomplished and learned that humanity would stop making excuses and realize that they never work and the very attempt creates such a negative impression for those that have to endure listening that we would have replaced that activity with one of honesty and truthfulness.

Quite a few years ago, I think it was on the TV show 20/20  they caught an appliance repair person (noticed the way I used person and not man, even though it was a man, I am so politically correct it hurts) denying that he had ripped off the client by saying he had replaced a part when he had not, it was recorded on camera.  Even after he was shown the video and the proof,  that was irrefutable, he continued to lie and deny any wrong doing.  It was so blatant it was funny.  Are we really that afraid of being caught doing something wrong that we will continue a lie even when it is undeniably undeniable?

I can understand children lying and staying with that lie; they haven’t yet learned that truth can be discovered and have yet to learn of consequences or penalties but for those who are older and more experienced the resoluteness in holding to a “story” is beyond belief and shows an unreal level of selfishness and denial to the basic tenets of society.

Along this same vain of thought are those who deny obvious truths for political, religious or other unknown reasons, staying with a belief that is so evidently flawed that any continuance belays their own level of sanity. The problem with that last sentence however is the perception of what constitutes truth and what is obvious to some is inky speculation at best to others, creating such a mess of contradictions that the word “truth” has no barring and no place within the languages of any who choose to speak.

The worst part, for me anyway, is the way others deny what is so obviously obvious and refrain through non action to intervene, actuate or interfere in anyway toward the mitigation of wrongs by others, and in so doing support, condone and then sustain those actions, giving credence in a substantial manner to those very actions they claim to abhor.

Do I have to be more specific?  OK, in recent weeks the issue of ISIS has come again to the forefront of the news with bombings in and just recently the almost bombings in , thankfully thwarted, but not one group or leader within any of the Muslim community has denounced those actions as EVIL.  Even more poignant is the lack of protests against those that terrorize the world.

Of the approximate 1.6 billions Muslims it is estimated that today one half of all Muslims are either radicalized or leaning toward radicalism.  Even with that huge number that leaves an additional 800 million that could be marching, could be speaking out, could be supporting the war on terror on the side of sanity, but nothing, not a word, not a whimper, except for those who complain that their religion is being attacked.

The “Religion of Peace” is in no way peaceful if those who follow that religion do not subscribe to the very basic principles that govern peace.  If the statistic of population is correct and half of all Muslims are radicalized to some degree than their motivations are not for peace but terror only, and the overriding responsibility of those who subscribe to the peaceful tenets of Islam need to step up and admit to their culpability.

Like the appliance repairman (yes I reverted back to my politically incorrect but more truthful labeling and description) who continued to lie, even when caught red handed, which by the way refers to those who were caught with blood on their hands, they continue to lie and deny the very existence of truth, making truth, any truth a worthless and meaningless endeavor.

The real tragedy perhaps is the loss of our goodness and our morality and the loss of what used to be considered sacred, especially now that millions upon millions skirt the meaning of truth and replace it with whatever is convenient and expedient at the time just so they can continue to hate and terrorize.  This is truly a war, not just of ideology and belief but for the very soul of man.  We may not be fighting directly but each of us are engaged fully against an adversary that will do whatever it takes to destroy what little truths we have.
Posted by politicaldad at 7:54 PM