The troubling news of Planed Parenthood executives selling baby body parts transforms the issue of abortion.  Not only are they systemically killing the unborn but they have gone so far beyond their advertised mandate to selling the mangled parts of those unborn.  I apologize for the graphic nature of this article but at the same time I have no choice but to use the explicit to explain the exquisitely deplorable. 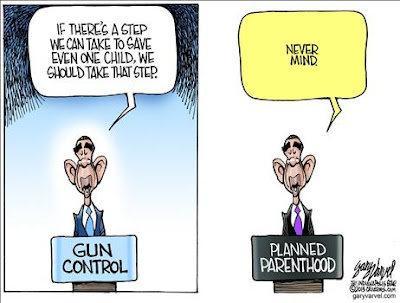 Not since Hitler and the Third Reich has there been a case of equal brutality and unconscious pandering to the guilty ridden pre-parentage.

We have had inhumane actions against others, with slavery and mass murder included but never has a sanctioned organization been involved to such a degree that their actions redefine the realities of cruelty.  Hitler’s killed millions of innocent children and adults as well but even they seemed to know there was a line that civilized nations could not cross, even if that line was very, very hard to see.

The number of abortions per year is staggering and disturbing.
Total number of abortions in the 1973-2013: 56.5 million+
219 abortions per 1,000 live births (according to the Centers for Disease Control)
Abortions per year: 1.058 million
Abortions per day: 2,899
Abortions per hour: 120
1 abortion every 30 seconds
With the above figures we can clearly see the tragedy of Roe v Wade and we can visualize the effects of those figures on what our future could have been.  Who knows what or who any one of those lost children could have been or accomplished?  And before you get to uppity about your rights to choose and the over population and any other argument about why abortions are good, you may want to consider the reality of ending the lives of over 56 millions children.  Even if you don’t consider the fetus to be a viable life, consider that only in life can life have a chance, and the only difference between life and death for those 56 million was in most cases just a matter of a few months.
Let me repeat, “Only in life can life have a chance”.  What that means is, life must be present in some form in order for life to progress.  Many claim that the fetus is not alive and is 100% dependent on the mother to live…aah duh, what new born is not 100% dependent on their parents for sustenance and live progress?  There are some species that do pretty well at birth but not the human species.
A different tact to take is the comparison to a company that deals in cats and dogs.  They humanly euthanize over a million potential pets per year and many look upon them with praise for the good works they do in preventing suffering and pet overcrowding.  What would be your opinion if that same company was found to be profiting in dog and cat parts, selling the organs and eyes, the kidneys and livers for research?  Or what if it was dolphins or gorillas, or the blue whale, would you feel the same?
We have become so desensitized to the mass murder of millions of children that we have shifted our sensibilities to the protection of animals over humans.  Can you not see the evil, the dastardly and the down right dishonor of engaging in such horrific practices?  The value of human life has become synonymous with our current disposable life style.  If it’s old throw it out.  If it’s broken, toss it away.  If it’s inconvenient have an abortion.

The value of another’s life is irrevocably connected to our own self worth and when we toss away a life we have forsaken our own humanity, reverting our spiritual greatness and divinity to the simple and animalistic.  I apologize to all the animals that still grieve over their lost offspring. Perhaps we should be more like them.
I am heart broken over the millions of abortions but I am incensed over the current practices that exist and would like to see men and woman continue to have the choice but please choose a bit earlier and chose more wisely.  Aren’t you glad your mother chose to have you?
Posted by politicaldad at 8:09 PM