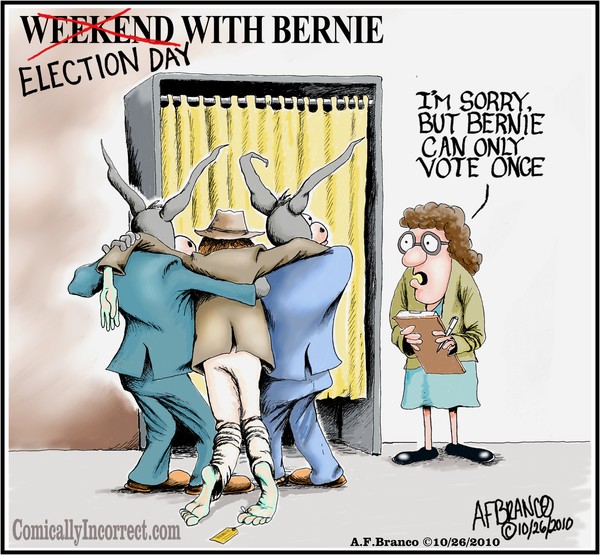 This election cycle is crowded with clones of years past, espousing this and proclaiming that with no real substance to ensure what is said can actually be realized.  I guess that’s why they call it a cycle, it always returns and it’s always the same.

We have Jeb, another Bush, which in itself would be unprecedented but another Bush? There are 33 declared candidates, some we know but most we don’t.  The ones we don’t know really don’t have much of a chance and have thrown there “hats” into the ring for some other reasons than seriously running for President.  They may think they can win but it’s very much like some of the contestants on American Idol who are put on the stage for our entertainment and not their ability to sing.

In like manner there are the deluded that have some sense of warped reality that cause them to think they have a chance at winning.  They are welcome to try, welcome to spend their money but I am sorry for those who support those long shots, it will almost assuredly end in failure.   Long shots have won in the past, remember that guy Barak Obama?  So it’s not completely unknown for those with no name recognition to end up in the winners circle but very unlikely.

There can be only one.  But the question is not in how many but in what we really need and who is able to actually deliver on their promises?

I didn’t dislike Bush nor would I dislike Jeb but I did not like the way they governed and want someone more forceful in separating what is quintessentially conservative over liberalism and progressivism.  They all seem to move toward the right and espouse those values that in reality most Americans favor, but in the end they compromise, vacillate and equivocate the real issues, buckling under the pressures (I might add, relentless pressures) from the left and special interests so that in the end they can walk away and say, they were liked.

I don’t want a president who is liked; I want one that is right, based on my opinions of what is right and wrong, because every one knows that I am right most of the time…Even with the understanding and coinage of “most people are wrong about most things most of the time”.

Let’s be realistic for a moment, selfishness is a trait that when used during an elections cycle may have some benefit, but only if the selfish are clear thinking, right wing patriots…like me.  Other wise stay home from the polls, go fishing, watch TV, or simply take a nap, there is no place for your vote unless you can prove in some intellectual manner that you have a grasp on more than one issue facing our country.

Personally I’m tired of my vote being cancelled out by some ne’er-do-well (it is a word…look it up) it means a worthless person, who simply votes to get a free phone or some Obama bucks or some other meaningless trinket, stupefied by the glitter and promise of gold for their absence of thought and reason, just the ability to punch a card, or check a box.  We need more oversight in who votes and why.

I strongly believe it is everyone’s right and duty to vote but voting without knowledge is dangerous and demeaning to our sacred constitution.  We should at least make sure those who vote are alive first and then American citizens second and that they can prove who they are when they vote….I’m not really asking for much, especially when in the last few elections it has been estimated that over 1 million dead voted.  It is also estimated that over 12 million illegal aliens also voted bringing the total to over 13 millions votes from people that should never vote.

Of all the candidates in the race those who have the resources will remain and those who do not will fade away into even more obscurity than before with only the moniker of “I ran and lost” by their name.  The real issue is who can vote and why with neither party trying to make a difference in curbing the growing corruption and blatant fraud perpetrated upon the American public.

This is not new; elections have been rigged and fraudulent almost from the beginning and will most likely remain that way. We can make a difference if we only limit voting to those who can vote legally…and just for what it’s worth I like Trump, for now, he at least says what he believes without the polito-speak gushing from the other candidates.  He may not be the best overall but for now, what a ride…Go Trump, Go.

Posted by politicaldad at 10:42 AM