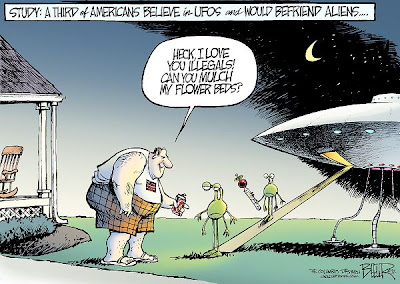 The Hellacious Hillary Hits a new low.  Hillary Clinton is still the front runner of the Democratic Party but those numbers are falling fast.  Her opponents (how dare they oppose the great and awesome Hillary) are Bernie Sanders, a few unknowns and the soon to be Vice President, Joe Bidden, you remember plagiarist Joe? There is also a lot of talk about Elizabeth Warren possibly running, even though she has said no repeatedly.

With Hillary almost gone the only viable ticket would be a Biden/ Warren match up.  Hillary for all intense and purposes is a lame duck before she is even elected.  She might pull off some political miracle but I don’t think so, not this time around, she’s not on Santa Clauses’ “good list.”  She has way too many issues at this point to be in contention. I give her six months.

But with Bumbling Biden Bidding for a bite of power, he may have what it takes to unite the Dems, especially if he has the super liberal at his side.  I personally can’t imagine a more terrible combination but if you’re a liberal, there is no better ticket.  Even if this is all they have to offer, I think it would be a fairly formidable force of fiery furry, that will also be very fun to watch.  Keep in mind my recent prognostication regarding Trump as the spoiler.  If he does convert from republican to third party, as I predicted, and this has become a serious point of water cooler discussions across this great land, the Democrats will have an easy road to the white house, regardless of who runs.

When Obama ran, it was the perfect storm of opportunity.  The republicans had done whatever they did to alienate the public and the country was mostly in favor of making a change.  It didn’t matter that no one knew who Obama was or what he stood for or what he actually said during the election, all they wanted was something different.  The fact that he was half black (meaning all black to some) was an additional incentive, with millions being able to say, proudly, that they had voted for the first Black President.

I must admit that when Obama came on the scene I was excited and proud of this country.  We had put behind us the years of hate and distrust and had the opportunity to elect the first African American to the Presidency.  I was excited, for about two weeks, that’s when I started to read about him, learn about what he believed and generally started to understand what he wanted to do and what the statement “fundamental change,” actually meant.  It was then that I decided there was no way I was going to vote for Barrack Obama, black, green, white or any other reason; he was not the right man for the job.  We all know how that turned out.  I didn’t want John McCain either…but in the end I voted down party lines, because there was no real alternative, thinking that the lesser of the two evils was the progressive John McCain.

What I don’t understand is the way that literally 2/3rds of our country is blind to the realities of what progressivism is and does.  I’ve talked about this before, but I am still amazed at how those who claim to be liberal or conservative both fall prey to the progressive agenda with most Americans acting conservative with their own money and resources.

Try this next time you interact with a liberal/progressive/Rino who is in favor of higher taxes or an open border or saving the delta smelt when the rest of dries up like the Dust Bowl of the 1920’s; tell them you want their house.  Tell them that you’re crossing onto their property without their permission and will be living in their living room.  Then tell them that they have to pay for your food, your medical expenses and education as well; and for good measure you may want to secure ownership of that house by dropping a kid or two.

Progressivism is the process of incremental change.  For politicians it is the gateway toward control, toward power and socialistic like oversight that allows them to mandate what we are, who we are and how many of us can exist.  Euthanasia is often espoused behind closed doors (remember the death panels under ObamaCare?) but was an open policy of the minds of George Bernard Shaw and Margaret Sanger, with supporters to some degree in every state of the country.

In its inception Progressives wanted positive change but quickly learned that the masses were slow to change and therefore had to enact governmental changes that forced the common people to adhere to those changes.  The problem was once they got a taste of that power it blossomed into the pathway toward communism and complete human control.

A few days ago in the City Council and Mayor Garcetti outlined a plan that would significantly reduce traffic in the basin.  It sounds great, except their not building any new freeways, their not even going to fix the roads, even though the State wants billions of new taxes for that purpose.  How are they going to reduce traffic?  1. Raise gas taxes, some say as high as $10 a gallon.
2. Increase vehicle registration fees.
3. Penalize drivers for driving too far, too often or for driving at all.
4. Increase bus lanes and bike lanes.  So in other words make the public’s life unbearable and virtually impossible to use their cars, forcing them back to buses, public transit, or bikes.  Have you ever been to ?

Biden is a progressive, Hillary is a progressive, Obama is a progressive and so is McCain, he’s just slower at it, so are all the Bushes and so are most of the Candidates running for office.  But let’s go back to my example.  Who is willing to give up their house and let a stranger live in their living room?  Who among you is willing to use your saving, or retirement to pay for the needs of others? (Keep in mind the is the most giving of all countries in the history of the world, not mandated giving but personally giving of their time, resources and money)

Trump, I don’t know what he is, other than an opportunistic capitalist, sitting on the fence of all parties in order to balance his needs for the sake of his own wealth.  That may not be a bad thing.  A true conservative is a rare find indeed.  We have not seen one in many years, I suspect they are well hidden and may be extinct, at least as politicians go.  Ted Cruz may be one.  Marco Rubio is more socially liberal than Cruz.  , he acted conservative in his own state, so there is hope there.  Dr. Carson, he talks a good talk but when he’s put under pressure, (like a ten hour brain surgery) his true colors (that is not a reference to his race) will show.  We need to choose carefully this time around.  Our country has less wiggle room that it did 8 years ago and consequently we are in a much more precarious position, not only domestically but internationally as well.

I want honest, capable, and strong, willed to tackle the world’s issues and our problems for the sole purpose of letting the world know that the is back, on Top and in Control. Who ever can do that has my vote.
Posted by politicaldad at 5:36 PM