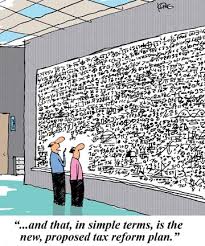 A few miles down the street, albeit a rural street, is a ten acre parcel with hurricane fencing, razor wire on top and security cameras in measurable distances across the entire perimeter.  The strange thing is (beyond the fact that a prison like structure is in the middle of nowhere) is that within the gated community of nothing is exactly that, nothing.  There are acres and acres of dirt.  The dirt is weed free at least for now.

There is some speculation amongst the neighbors, a salty lot by any means, but they all agree that the vacant and sparton (spelling help would be appreciated) dirt will be the center of a buzzing and thriving community, populated entirely …. by weed.  When decriminalized Marijuana this entrepreneurial farmer decided it would be a good idea to get ready for the day when finished what was started and allow for the recreational use of the drug.  Is drug too harsh a word here, should I be more understanding of the “recreational” side of this so called entry medicine or perhaps I should move toward the word treatment and forgo any further missteps in relation to the promises of this “wonder” potion.

Governor Brown recently outlined the rules that would apply for marketing, usage and taxing the wonder weed as it will soon be legal to not only use it, but grow it commercially.  It is already near the top of the most profitable crop in the state but now it will be a legally grown and monitored commodity that should make many in the state very happy indeed.

Let’s get real here, just for a few moments of typed rhetoric at least.  This country is not that consistent with its policies in relation to harmful substances.  Alcohol has been mostly legal with exception of a few years of prohibition.  Tobacco has always been legal with new smokeless water based, nicotine filled inhalers flooding the market.  Over the counter drugs, under the counter drugs and drugs that you have to reach way over the counter to get can be easily gotten with a sympathetic doctor’s note. So why not weed?

Let’s forget the fact that every single one of the so called drugs above are serial killers but the use of those substances are so ingrained that any thought of changing the American diet is fraught with political and economic  suicide for any politician who dares to intervene with the billions dollar drug train.  If he or she wasn’t taken down politically I can think of a few imaginative ways to remove that particular problem….so I also think the corporate politicos can imagine as well.

Politics and drugs have been a mainstay within the American mainstream since the Boston Tea Party attempted to dump the processed leaves into the harbor.  The tea tax had become too much for our early forefathers.  All they wanted was to escape for a few minutes in the warm liquid of forgetfulness, without the burdensome weight of excessive taxes, which amounted to about 25%.  By the way tea is addictive, if you don’t believe me try giving it up after sipping the fluids everyday, morning, noon and night.

Cigarettes are facing a similar dilemma.  If you’re a smoker and I’m not talking salmon, your paying federal taxes of about a $1 per pack and depending on the state your in, not mental state but that might apply as well, you could be paying as high as an additional $4 per pack.  The question then arises; if it’s legal why tax it so usuriously?  I am not a smoker, I don’t like to sit next to smokers, don’t like to be in breathing distance of a smoker but I think they are being wrongly targeted with the message that “we will let you smoke if you pay our way”  The same is true with almost everything it seems.  If we, the people really want to use it then they tax it, place fees on it or make it impossible for us to enjoy it… kind of like the roads and water.

Marijuana maybe legal but there will be a tax and the provisions of that tax may only help those of the upper class who figure out ways to fence their properties to protect their commodities and rake in the profits from what used to be an illicit practice.

The politicians make the rules, they make the laws, but in the end they very rarely have to abide by them.  They make exceptions for themselves, creating a class of society no different than that of Royalty, they are a protected class and the rest of us are simple bondsman, eking out a living while our gas prices pretty much stay the same but the added tax makes buying difficult.  Our habits, good and bad are taxed so that the enjoyment of life is nothing but a struggle.  We are forced to live to work rather than working to live, having to procure a daily subsistence while our politicians create new ways to separate our money from our hands and into theirs.

To be honest I don’t care one way or another about the legalization of weed.  What I do care about is the unpredictability of our government and the conspiratorial means by which they are destroying our liberties by taxing us into slavery.

My advise…get your guns, get your booze, get your reinforced doors, change your identities and put your holdings under your mattress, so that when you are busted for possession of any of the above “legal” intoxicants, while driving over a pot hole ridden road, guzzling your brew and rolling your joint, the MAN wont know who you are….
Posted by politicaldad at 2:17 PM