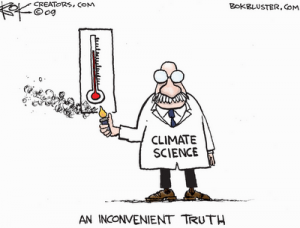 Human consensus is very rarely right.  When you ask a large group what they think, most think and say what they have been told to say.  How they learn what to say is mostly a process of propaganda spewed from the hierarchy through planned mechanistic methods to promote an underlying belief so that those at the top can make money or control the masses for the purpose of profit.  A well placed lie does more to alter the minds of man than most truths every will.

The earth was flat, Mars had water filled canals, the blank slate theory, phrenology, kings were endowed from God and even Einstein’s static universe theory, and a host of other incredulous but scientifically flawed premises that in their day held great promise with most of the population.   Just because a position is universal does not make it right.  Belief in something just because everyone else believes that same thing does not make that belief any more plausible or credible.

We are in such a state today.  Man is gullible, man is naive and for the most part immature and too trusting of what others say to find credence in the overall platitudes of “global conditions” as a direct result of mans existence.  Global warming or cooling does happen and will happen for thousands of millions of years with or without mans intervention or lack of.  The theories are so erratic and unpredictable that any substantive discussion about the weather or global condition is nothing more than superstition based on the glorified words and misinformation promoted by the less informed and lemming like loafers that do nothing but spew the rhetorical mantra as presented from above.

Using fear, using calamity and using panic to sell is almost as powerful as sex.  The panic of a world gone wild because we drive our cars or eat meat has taken hold of the masses to such a great extent that it is now not accepted to even have an opinion that differs from that of the masses.  Global warming is now a truth, a truth without foundation and to many a belief so strong that even evidence in the contrary is lambasted and denied as heretical and  even sacrilegious creating a religious like fervor.

“Most people are wrong about most things most of the time” Richard Taylor.  We have very seldom been right about anything to such a degree that future study and future theories negate our once held beliefs but at the same time the masses continue to believe and follow, even when it’s not even close to the truth, just because they, the masses need and want something to believe in.

When a belief becomes too ardent that alternate discussions are dissuaded and prevented reminds me of the problems we have with Islamic Terrorist and their inability to see any other course of action that the annihilation of all those who do not believe as they do, or as the crusades did years ago…both are equally wrong.

Name something that we have a perfect understanding in?  Now go into the future and speculate in 500 years how many of our “truths” are still true.  There has been a consistent reformulation of ideas and beliefs since the advent of human language and perhaps even before that.  Look what the Greeks believed.  Look at the held beliefs in any science or concern and tell me what has not changed in any dramatic way and then put that same logic to work in how we might believe in the future.

Our children’s children will be laughing at us, not just because of our weird styles but because we fell for such a monumental hoax.  “There is nothing so grand as the well conceived folly…”unknown.  And the folly of our generation is the well conceived and grand process of creating a belief in man made climate change.  I for one think might be a great place if it was actually green.

Posted by politicaldad at 11:16 AM