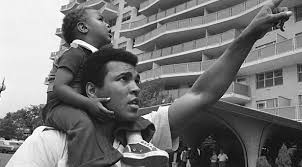 Years ago when I was much younger I was taking a vacation with my two oldest daughters.  They had both been asking questions about government and about laws and had both seen the stupid little cartoon about “bills” that so many of us had to watch when we were young (https://www.youtube.com/watch?v=L3KHBczTYxA).  They came home and told me about this weird cartoon that the school had made them watch and I knew exactly which cartoon they were referring too.  As a result and the need to spend some time with my two oldest we decided to take a trip to our state capital, .

The trip itself was fun from the beginning, except for the drive.  The I -5 through the breadbasket of the world, the San Joaquin Valley is long and tiresome but at the same time gave me plenty of opportunity to school the girls in supply and demand and the endless planted fields filled with every conceivable, profitable crop and some not too profitable I imagine, but in the early 90’s almost everything that was planted was profitable.

It is within this area that stretches from north to just past south and encompasses a wide area of the State of .  The politics of the state have created a sever imbalance in the diversity of the areas ability to grow and sell due to incursions by environmentalist and the Delta Smelt and the decreased water to the area as a result.  It is hard for farmers to grow when water is taken away.  But I digress, I was telling the story of my vacation with my daughters…We finally arrived in Sacramento, I can’t remember if it was only a stop over or the destination but in any event we found ourselves walking the Hallowed Halls of the state capital.

Meandering through the capital building and seeing the massive rotunda we made our way to the elevators in order to access the public gallery.  My younger daughter quickly pushed the button to go up and we stood waiting for the elevator to arrive.  As the large doors opened my eyes went wide as I saw the great man himself surrounded by two very large and intimidating guards.

Right in front of me was Muhammad Ali.  I must have been quit the site with my eyes wide and my mouth even wider at seeing the visage of one of the greatest boxers of all time.  I must have been rambling and speaking some truly star struck things when h stepped in front of his guards and looked down at my daughters and without speaking a word bent down and gave them both a big bear hug.

He extended his hand and I meekly received the same paw that had knocked out so many hardened men that I truly felt a shock of excitement.  He gave me a gentle but firm hand shake and I returned with the same pressure, our eyes locking for just a moment.  I could see the greatness of this man and in a true sense the humility he felt for what he used to be and the reality of the illness he was now suffering.

My girls were amazed at how big he was but even then did not really understand the meaning of meeting such a great athlete.  To them he was just an imposing figure of a man who had at time lost some of his ability to speak.  But despite his weakness in speech he bent down and whispered “beautiful” to my girls and grinned in my direction with the understanding that life is in our children.

I never really followed his politics and to be honest never cared, he was a boxer turned evangelist and even in this I cared very little but when I saw him in person coming out of the elevator as we were going in I saw a humble man, a great man who had the kindness to touch the lives of two little girls and then look toward their dad and give me a wink, a wink of knowing that in life it is really not what we achieve but how we act in relation to what we have.

That story is a highlight of my life and to some degree it has changed who I am.  I saw him fight, say him win and loose and then win again.  I saw him dance the butterfly and sting like a bee as his lighting fast fists found their mark.  I witnessed his courage as he changed his name and became Muslim and was sent to prison for over three years and I saw him announce to the world that he was the greatest.

To me he was the greatest.  He didn’t need to stop and take the time to shake my hand or hug my girls but he did and for that I am impressed,  I am impressed with his courage and devotion to life and the driving force that made Muhammad Ali the greatest that ever was.

Thank you Ali, thank you for your example and thank you for the memory that you provided me and my girls, rest in eternal peace and rest within your family’s hearts as you’re now resting in mine.
Posted by politicaldad at 2:22 AM