Run with the Devil 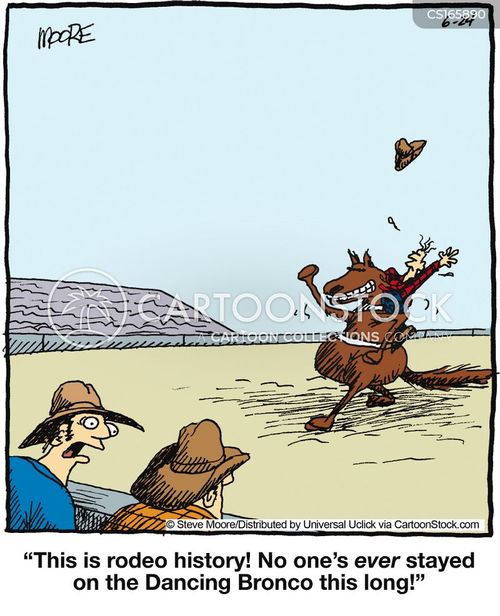 Seeing my youngest daughter atop a horse brought back many memories of my own pre-teen years.  I was not even close to being as beautiful or as graceful, but I loved to ride.  My horses of the past were mostly, mangy, middle-class stock, Quarter horses mostly.  They were raised for the brush and rock of middle Mexico but when I was riding my life took on an ethereal feel of peace and completeness.  I was a prince of some forgotten kingdom and I was riding the prized stallions of the realm.  Don't laugh I was 10, I think.


My Grandfather was a cattle rancher, deep in the interior of Mexico.  Durango in the 60’s was a rough and unforgiving place with many men carrying pistols and brandishing rifles.  Unlike my daughter's riding lessons, I was unceremoniously lifted on a horse named Diablo and told to hang on.  I wanted off this flea bitten, crazy-eyed monster but all I heard was “Estaras Bien hombrecito”  “you’ll be fine little man”.


My daughter has the grace and lines of a true Dressage aficionado.  Her long legs, her straight back, and slender build only accentuate the beauty and functionality of the perfect lines of her steed below.  I was a slouch, a servant of ill repute in comparison.  But I rode and I rode well.


Diablo was well named.  When they plopped me on his back and into an ill-fitting saddle they never told me he didn’t like the rain.  After a few nervous minutes waiting to be thrown the horse settled down and I was actually able to ride.  My stirrups were too short for my lengthy frame, the padding on the split, Mexican style, wood saddle was non-existent.  This particular saddle was mostly made of wood and sat high on the horse's back.  The blankets that protected the horse were course, smelly and tattered but apparently, the horse didn’t care, unless his mood was a result of the saddle and not his innate disposition.


The smiling Mexicans with their silver-lined teeth slapped the nag hard on its rump and laughed as he bolted away with me barely holding on, my hands gripping the overly large saddle horn for dear life.  The galloping was easy, and I soon fell into the natural rhythm of the horse's gate.  It was when Diablo started to trot that I became worried.


They taught my daughter to post, stepping into the stirrups, using her legs to minimize the ups and downs and save her butt and tailbone in the process.  I learned the hard way and that never included knowing how to mitigate those jarring motions atop the back of a slowly moving horse. I learned enough to understand that standing a little reduced the teeth chattering effects.  To this day I ride like a cowboy, loose and free, using my legs and ankles to absorb the shock generated by the horse's trot.  Each horse is different but the pattern is much the same.


Learning to post is great but what happens when you’re stuck on your horse all day?  Posting is tiring and impossible to maintain for long periods of time.  Cowboys stayed in their saddles from sun up to sun down and needed to ride with their horse not simply on it.


Western riders have to accommodate the individual horse they are on and in essence become one with the horse.  English style demands that you negotiate your horse's gate by developing a gate of your own while attempting to look good.


When the rain started it was just a sprinkle but to Diablo, any rain was too much rain.  Just when I thought I was getting a hang of the “riding” process a few drops hit his face and the whole world ended.  As quickly as we started, with the cowhands slapping his rump, Diablo stopped and for a split second, I was still, no movement.


His first jump was only a small shudder but I didn’t understand so thought nothing of what was about to happen.  Within two seconds he was in full on buck, and I was literally holding on for my life.  He was vaulting and twisting, swaying his head violently and kicking his legs, arching his back and it seemed to me doing all at once.  I still had no idea why this was happening but there I was sitting atop this mad, possessed horse, desperately trying not to die.


I had been so enthralled with the galloping that I had no idea of the other riders presence, but I could hear their whooping and hollering as I managed to stay on.  With each swivel or twist, I could feel my body being pushed by the centrifugal force willing me to fly off.  Truth be told, I have no idea how I stayed on.


The rain never really came and it ended a few seconds after it started,  I never got wet and no I didn’t pee my pants.  Here I was maybe 10 or 12 sitting atop a crazed, possessed animal and all I can think about was not peeing my pants.


Diablo quickly stopped bucking and returned to normal, standing quietly as if nothing had happened.  For me the entire world was on fire, my butt was killing me, my legs were raw from holding on and my brain hurt from being jarred and slammed against my skull.  I immediately jumped off the horse and did so in such a fantastic way that the other riders began whooping and hollering again.  For me I was infused with adrenalin, and the fight or flight reaction to stress caused me to run or in this case jump and I did, lifting my right leg over the front of the saddle and kind of falling off but when I was done I was still standing, making the others think I had done it on purpose.


I did get back on Diablo, but only after the vaqueros grabbed their little Gringo, Me, and gave me a round of slaps on my back and somehow there I was again, sitting back on top of the insane horse.


My Grandfather did find out what had happened and asked me directly if I wanted those riders who obviously played a joke on the poor little white kid, fired or reprimanded, I didn’t know what reprimanded meant so I said no and that was that.  But every time I walked down to the slaughter house I was greeted with respect and kindness, again I didn’t really understand but I was happy and I had made friends who asked me to ride often in the days that followed, but never on Diablo who was by the way penned near a dog that was most assuredly rabid from rabies or was just as insane as the horse.

What has all this to do with Politics?  Nothing really, except that real life must go on, despite the issues that seem to overtake us and consume our every thought.  There is more to life than what the media would suggest, don’t you think?
Posted by politicaldad at 5:01 PM