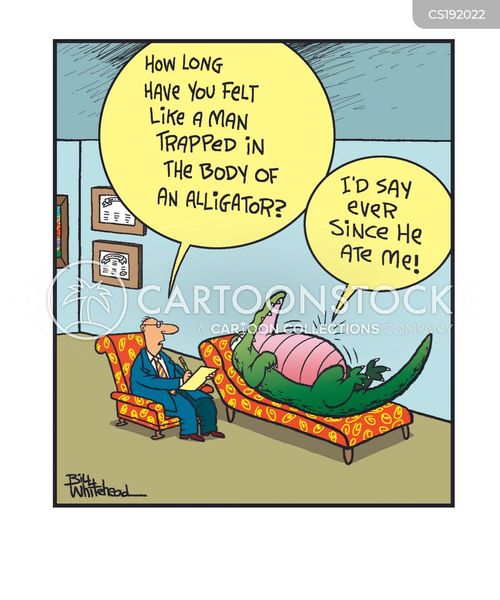 The youth or the Ute's, as colloquolized by Vinnie in the movie, My cousin Vinnie, have always had issues with identity. And in like manner I have issues with using words that are not real words but in some regard continue to get my point across. (I doubt colloquolized is a word but it sounded great and refers to the use of a word or phrase that is not within the standard vernacular but is understood.) I should be a word, I currently identify with that word. Are we all understanding and accepting?

Grasping the concept of identity is a profound exercise that requires reliance on a number of factors that ebb end flow throughout one’s life. And lest you think that identity issues are only for the youth, let me remind you of the term “mid-life-crisis” meaning a time of life when one starts to doubt the validity of what has been and a continuing concern over when will be.

The questions that are asked during this difficult time might include: What have I accomplished ? What will the future hold? Who am I and do I have worth? These may seem trite and out of context, especially from those who are successful,  many who are driven to succeed and achieve but those psychological issues of identity are real and serious, not just for the older, balding, overweight, 50’s something man who just bought a new Porsche, but also for the untested teenager, the skinny, pimply faced girl or boy who is grappling with the idea of not only what they want from life but who they should be and who they are now.

Determining one’s gender is not the issue. Most can identify as either male or female but prefer the option of  choosing thinking that a choice can actually be made regarding the preset sexual identity of an individual. Gender is assigned within the womb and is considered by science to be a factor of genetics. Despite what you think of yourself, how you think of yourself or even dream about what you think you should be, the genetic markers that determine male or female are so ensconced that the debate should only be considered for those who are truly gender disphoric, about .003% with many of those cases being resolved without distress prior to adolescence.

Gender is not the only issue and the question of how we develop our thought processes is poignant and germane to the issue of identity, not gender but our individual identity. For example, if you wanted to dress like a woman or a man and even go through “gender reassignment surgery” you have that choice but you don’t have the choice to alter your genetic foundation. You couldn’t if you tried.

Just because you grow your hair long or cut it off, (multiple meanings, just in case you didn’t get the subtlety) or make yourself beautiful or handsome, or do whatever you want to enhance the way you’re perceived to be, it must be understood that it is only a mask, a costume (albeit in some cases very elaborate and extensive, see Bruce Jenner for example) but a costume non-the-less. Your genetic foundation is still intact and can never be altered or changed. You're either a female or a male, your x and y chromosomes will not change just because you think they aught too.

Understanding this basic concept is extremely important toward the development of self. As we attempt to alter the self into something other than what we are foundationally, we in essence destroy the self and any connection to what makes us, US. Hence a suicide rate of 41%, nearly half of all who identify as Trans-gender will attempt to take their lives as compared to 4.6% for the general population. www.usatoday.com/story/news/nation/2015/08/16/transgender-individuals-face-high-rates--suicide-attempts/31626633

The delusion of hope that by simply identifying with something will make it happen is psychologically unstable and should give us a clear path to understanding the conflicts within and the trials of living though these impossible scenarios that drive many to pursue those impossible options of unrealistic hopes and dreams that ultimately turn to nightmares and suicide.

Perhaps I simply don’t understand the depth of need to be something else without first having a realization of what currently exists. In addition to my ignorance is the profound curiosity of delving into a life, a life style or an existence without that same level of curiosity about the present life within.

In the book The man who mistook his wife for a Hat “tells the stories of individuals afflicted with fantastic perceptual and intellectual aberrations: patients who have lost their memories and with them the greater part of their pasts; patients no longer able to recognize people and common objects; patients stricken with violent tics and grimaces or who shout involuntary obscenities; patients whose limbs have become alien; patients who have been dismissed as retarded yet are gifted with uncanny artistic or mathematical talents.” Amazon synopsis.

We can scarcely comprehend the power of the mind to do amazing, often miraculous things but should we not also consider the terrible and scary aspect as well? I am overtly suggesting that those with a desire to become what cannot be should be categorized with at least a level of sympathy rather than a wholesale acceptance and agreement to a condition that only exacerbates the already tenuous issues of self identity. In addition, would our compassion toward the delusional require us to accept those delusions as fact and support those delusions? What of the mans dear wife and her reality, does not that aspect of his life need to be considered in relation to the reality he fails to understand?

Gender identity has only been a known psychological condition since the early 1980’s and in its inception was found to exist within two distinct area, gender identity disorder of childhood (GIDC), and transsexualism (for adolescents and adults), both were considered abnormal at the time.

Used for political concerns, funding issues and educational misappropriations gender issues are causing extreme misunderstandings, grandstanding and theatrics associated with the real issues that afflict those who struggle and fight to balance the realities of life with the psychological whirlwind within their minds. Not to mention the current fad of coming out and donning the clothing in support of this growing delusion.

The man who sees his wife as a hat is clearly delusional, he needs help. Those with Autism also need help in coping with the trials of normal life in order to have a normal life to some degree. Gender dysphoria involves a conflict between a person's physical or assigned gender and the gender with which he/she/they identify. www.psychiatry.org/patients-families/gender-dysphoria/what-is-gender-dysphoria

Identity may be the psychological approach to quantifying the underlying issue but that identity approach only enhances the already serious issues of not understanding our foundational identity. Furthering the delusion is societies need to support that delusion by acceptance of the patients delusion as real. You want to be a woman, so be it, you want to be a man, accepted and done. You want your wife to be a hat, fine that too and on and on we go with a delusional mindset that never reaches the heart of the matter only demands that we continue telling the emperor how nice his new clothes fit while never saying, Dude, your naked, put some clothes on!

This conflict exist because there is no substantiation regarding self. The self is undefined and the role of the self is mostly non-existent or subject to interpretation. It is this interpretation where the delusional mind creates alternatives, alternatives that have been provided by a liberal mindset that allows for any interpretation, any reality to be a true reality, regardless of the evidence or logical facts associated. When there are no standards to regulate the advancement of humanity, humanity fails to progress.

Moral relativism exists today in such a profound way as to extinguish the very notion of morality. Moral people know who they are, understand their divinity and relationship to God and promote the goodness required to advance our human condition so that we as individuals may know, in a real sense who and what we are. Please comment, like and share….

Posted by politicaldad at 3:35 AM