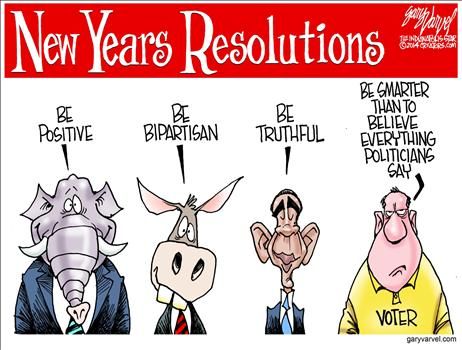 Don’t you just love Politics?  I love it, I love to talk about it, write about and pontificate about it but what I don’t love about politics is when everyone gets political.  Politics was never supposed to get this fractured and divisive.

Politics is the process by which we govern and the manner in which conflicts are debated and resolved.  The optimal word here is resolved, with governing being the secondary principal that forms the process of politics.  We have come to understand the word politics to be purely a hostile emotion with one side waging war with the other side over minor and inconsequential issues, issues that should never have been allowed, if politics had been performed as it should have been.

The whole issue of DACA and its associated problems should have never gotten to this point.  It was illegal and it was wrong to begin with.  DACA is the Deferred Action on Childhood Arrivals that in essence allowed parents from another country to send their children to live in the United States and leap frog over the immigration requirements, to a faster paced process of citizenship.

Let’s start with the most obvious issues of DACA.  It allows parents to send their children.  Send them where, to live with whom, for how long and until what happens?  Obviously this was a socialistic process of party building since most of the children (if they are indeed children, a “child” has to be at least 31 years old back in 2012.  Do the math that is not a child, unless you reconfigure the term child like they did for insurance purposes under Obama Care) will become immediate wards of the State and learn the in’s and out’s of first hand dependency and staunch socialist.

Again, what kind of country comes up with a program that separates families (this is not the first time), when the cost of that separation is only for political expediency?  The answer, a country more concerned with political maneuvering rather than the political resolutions.  I know some of you think we’re doing the “right” thing by offering sanctuary for helpless children....“But The Daily Caller can’t be fooled. It reports: “While DACA recipients were illegally brought to the United States by their parents when they were children, the minimum age to apply for the program is 15 years old. In fact, the majority of the applicants were over the age of 20 based on 2014 data from the U.S. government. Some have estimated that the average age of Dreamers is 25 or 26 years old – hardly children.”  LA Times.com

So now we have a problem.  The very program that was supposed to help children doesn’t even include children, Politics?  Yes, politics, but what kind of politics, that is what we’re actually talking about.  Whether it’s immigration or abortion or Trump, the term politics never attempts to resolve issues, it only inflames them, adds excellorant to the burning embers and low flames to ignite the issues into a blazing five alarm inferno.

There is it seems, like everything else, a wide divide between what we need and what we are willing to endure.  A good example would be our Founding Fathers and their resolve toward establishing our Constitution and the formation of our unique style of government.  They were not a unified voice but their voices became like a choir of different tones and styles.  At first the screeching sounds of hot debate filled the halls with often raucous and an atonal cacophony of disagreement but eventually each learned to listen to the other, their voices blending and balancing the tones of the other.

Compromise does not mean defeat, there are many avenues that lead to workable and acceptable solutions.  Only when the voices of all can be heard and the screaming and disruptive voices are quieted can politics ever have a chance.

Think of your life and the times we negotiate throughout each day.  Do we turn right instead of left because of this or that with no significant variation in our day?  Do we negotiate with our fellow workers on who will do what and when and then renegotiate when things go wrong?  Negotiations is a standard practice for life in general, so why are we unable to negotiate now?

Blindness, insecurity, selfishness and greed.  Those that lead us, and those  that follow have all fallen prey to the corrosive culture that has taken hold of our Nation.  Our politicians are more interested in themselves, their power, their next election to see clearly the issues of the day.

The public is centered on singular issues of such importance that they are blinded by the flash of those issues and cannot see through the smoke of that flash, moving from one explosive issue to another, living their lives in the haze they themselves have created.

We need a soothing wind to soften the sting to our eyes.  We need to be able to breath without speaking the harshness of accusation toward another and we need to sit down and look into the eyes of anothers life and see ourselves as a reflection of them looking at us.

This is about politics, the right kind of politics and the need to expunge from our lives the self induced blindness, the insecurity of selfishness and rid our lives of the greed that has poisoned not only our lives but this country.  We are a great people, we have great values and we are the only ones who can effect the changes needed that will allow the right kind of politics to work.
Posted by politicaldad at 8:15 AM