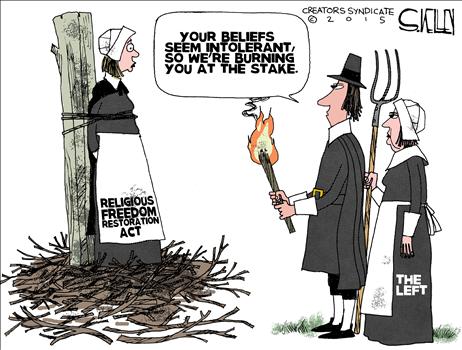 What do you say when you have nothing good to say?  I mean, what can you say when the politics of the nation continues to devolve and fracture into fortified encampments and regardless of what you say the division continues.  Preaching to the choir is great, but when you have a desire to make a difference but nothing you say makes a difference, you start to wonder about your message.

Over 41 years ago I decided to spend two years serving a mission for my church, those who are LDS know what I’m talking about.  For those who are not Latter-Day Saints let me put this into perspective.  I was 19 years old, I was one of the best high jumpers in the country and I had gone to two semesters at the local JC (junior college) and was asked to serve my time, not a prison sentence,  in the beautiful country of England that included Wales and Cornwall.  That decision, the decision to serve was not really that hard.  I did have to give up on any chance of being an Olympian but at the time I did what I thought I should do and I do not regret it.  I do however wonder occasionally how far I could have gone or I think about the money I could have made or the fame… but overall,  I made the right decision.

I had a specific message to impart but how that message was formulated and presented was in part up to me.  My missionary companions and I,  they changed, as did our area of service every three to four months on average, we were given the message and asked to learn it and believe it, I had no trouble on either front, I learned it and believed it, and still do, but that was the easy part, now all I had to do was help others to want to learn, understand and believe the same message as I had chosen to believe.

Therein lies the issue.  We currently have two distinct religious groups who are now fighting for supremacy.  We have the religion on the right, the conservative faction and we have the religion on the left, the liberals.  There are sub-factions as well within these two major groups just like we have Christians and Muslims but within those two very large religions we have smaller sects that often are more influential than their namesake.  As an example, Christianity is separated into Catholics and Protestants, with the Protestants being even more finely tuned into their various subgroups, like the Baptist, Methodist or Quaker.   The Catholics are divided into orders like the Jesuits, the Benedictines or the Franciscans, each has an order of specialty or purpose.

Muslims as well have the Shias, and the Sunni’s primarily, but there are actually 73 different denomination within Islam all with a different focus or specialty. http://www.ummah.com/forum/showthread.php?53514-73-Sects-of-Islam

Ok, so we can’t agree on anything, not even which church to attend or which God to worship, how do you expect us to agree on which political philosophy to follow?

Perhaps it’s just a natural desire to want to compartmentalize our lives to such an extent that we force ourselves into subgroups that focus on seemingly inconsequential differences.  These differences could be the form of baptism or which day you decide to worship, or, do you eat pork or not   Do you prefer more government or less, or a government that is ruled by a theocracy.  As a result of these differences, we develop a competitiveness like a baseball or a football, futbol rivalry’s that when left unchecked can easily turn violent and dangerous.

These same conditions are occurring within the political arena with some factions or beliefs acting like they’re attending their alma mater’s sporting events.  The difference is that they show up but won’t let the other team onto the field.  They block the tunnels and force their way into the other locker room and create an impassible and disruptive environment, only their message is available and only their team is allowed to play but they still claim victory over a game that was never played.

Some say it’s within their rights to act and react to disrupt the rights of others based on some “higher logic” but their rights vs our rights should never be the issue.  From a religious perspective, (have you ever heard of the Mormon Extermination Order?)  beliefs seem to transcend the rights of others, especially when you don’t share those same beliefs.  The reason for the comparison between politics and religion is simply because in both cases the extreme beliefs supersede the rights of those who do not believe and that creates a political environment like we have today.

Let’s be perfectly clear here, this is not about rights, this is not about freedoms, this is about one faction trying to destroy another.  Those who scream and yell do not care about your rights or your freedoms they want to enforce their will on you regardless of what you believe. Sharia law is a good example.  No other law can coexist within the Sharia system of government, that is precisely why it cannot work within the borders of a Constitutional government.

The subgroups of these politically motivated groups are terror like, add a religious flavor and you have a terrorist group.  Which is why the comparison between politics and religion is germane to the discussion.  It doesn’t really matter if your political or religious, what matters is who is allowed to make the rules and force others to comply.  Force seems to be the motivator, in all of these instances.

They, whoever they are, uses force and terror to exert their power over those who are unwilling or unable to fight back so that they can have their way, regardless of the outcome or consequences, mostly and initially toward an anarchistic style of society which inevitably leads toward a fascist or dictatorial form of government, neither of these can exist within our Constitution.

It is easy to rationalize the subversive actions of some by claiming a higher purpose, a more logical approach or even a more moral or sensitive outlook.  We have what most countries do not possess, we have the Constitution and within its words, our rights have been preserved.  The problem is too often and with too many, that Constitution has been marginalized and forgotten allowing these subgroups to hold the nation hostage over their rights of expression but at the expense of the rights of others, the two cannot exist together.
Posted by politicaldad at 6:03 AM