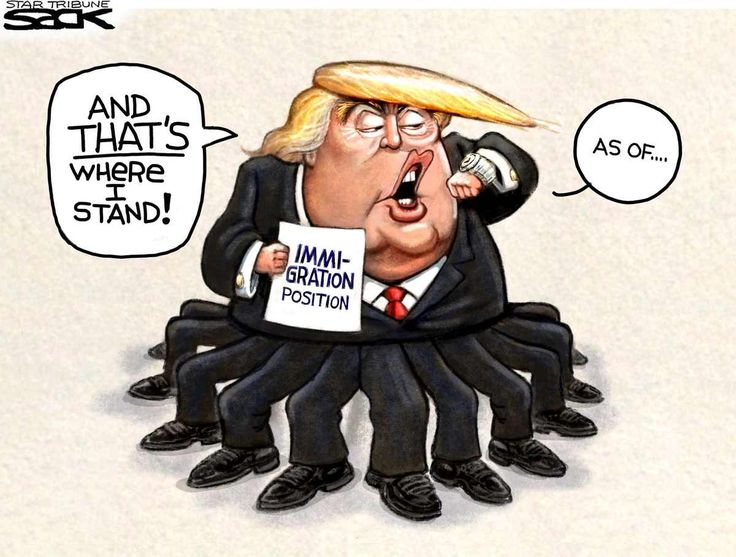 Trump is despicable.  Trump is a womanizer and misogynist.  Trump is a racist and bigot.  Trump is a Nazi.  The venerable War strategist Sun Tzu said, “Pretend his inferiority and encourage his arrogance”


With both sides of the political game screaming and ranting over what they claim Trump is, both sides continue to label him in order define him within their terms.  With each new attempt to identify Trump the reality of who Trump is becoming becomes more misleading and ambiguous.

When Sun Tzu made the statement above it was to establish a pretense of behavior that would set aside the reality of the leader in order to disrupt those reputable skills and destroy the opponents’ ability to judge truthfully the tactics or mindset of any future actions.

In Judo, the smaller opponent often fails to understand the various techniques available to counter the larger and stronger adversary.  When I practiced I was tall but I was thin with very little weight behind my bones to allow me to convert strength as an option.  My Sensei, Mr. Nakamora, (it could have been Nakamori but his accent was so thick that it was impossible to tell) took me aside and said,
柔軟性は、強度.
Oh sorry, he said in broken English "flexibility is more important than strength".  He was a short and powerful man who often allowed the entire class to try to move him, even one inch off his set position, we never accomplished our goal. But he taught us that strengths must be associated with flexibility and in Judo, maneuverability.

Trump has proven that he is flexible and willing to do what must be done to accomplish his goals.  He establishes a brand or label, just so he can run contrary to that label.  He has done this on many occasions with many different issues creating a pretense of perception that can then be easily manipulated.

Trump may not be an experienced politician but his political acumen is finely tuned especially in relation to his ability to keep his opponents guessing and wondering.  The Art of War is not just a book of battle field strategy and to be honest, I’ve no way of knowing if Mr. Trump has ever read the book but his understanding of those strategies is a clear measure of his abilities to face and manipulate his opposition.

As a businessman, groomed in the cutthroat world of New York Real Estate, Trump by every measure excelled, despite a fatherly gift of a million or two.  It should be mentioned that his success was attached to his  father who had the connections and the clout to bank role his sons first big venture, the building of Grand Hyatt in 1978, this was  Donald Trumps entrance into high stakes real estate and that could not have been done without his father’s oversight, experience and financial resources.

He is currently worth 3.3 billion, so regardless of how he got his start he has done very well.  But this is not just about his wealth or the accumulation of wealth, this is about the United States of American and the direction we should take as opposed to where it was being led.  This is also not about who but why.

Trump seems to have hit a cord of acceptance with a large section of this country, presumably to forestall the advances that many see as detrimental to this nations core principles, our constitution, and the moves to underscore our Founders influences and ideas ensconced with their final product.

Higher taxes, more regulation, less opportunity, more red tape and much more government telling them what they could and could not do.  Both Republican and Democrat have done little but kowtow to the special interests, the innumerable minorities that demanded freedoms and privileges without the subsequent rules being enforced.

Sanctuary cities, gifts, and opportunities, not available to those who were born here or naturalized.  It sounds humane and it some respects it is but there is no attached justice, no understanding of the injustices imposed on others when justice is not balanced with mercy.  The people understood this and were tired of the imbalance.    They were not merciless or lacked compassion but they were wearied and exhausted of being used by their government and abused by the politics of empathy without the requisite justice.

Trump won because of this inner discontent, a disgruntlement he recognized and exploited.  His message is clear and whether we believe in what he says depends in part on the outcome.   We may not know if Trump is patriotic or simply acting out some business goal until the end of the process.  The question we must ask is, are willing to go along or do we step back?  Is it better to protect what we had or move toward the unknown?

Trump will continue maneuvering and swaying, disguising and feigning left or right just so he can strike the position he wants others to follow.  He has learned his management style at the feet of his father, good or bad, he learned how to develop and sell his brand and that brand right now is America, not the new unknown America but the constitutional, capitalistic America, that by all accounts has proven to be the best form of government this world has ever known.

For now, I accept his motivations and process and understand even if Trump is working for himself those skills he brings, those principles he utilizes will most likely have a positive effect on the economy,  and business overall and of course on me…ooh, yah and you too.
Posted by politicaldad at 8:00 AM