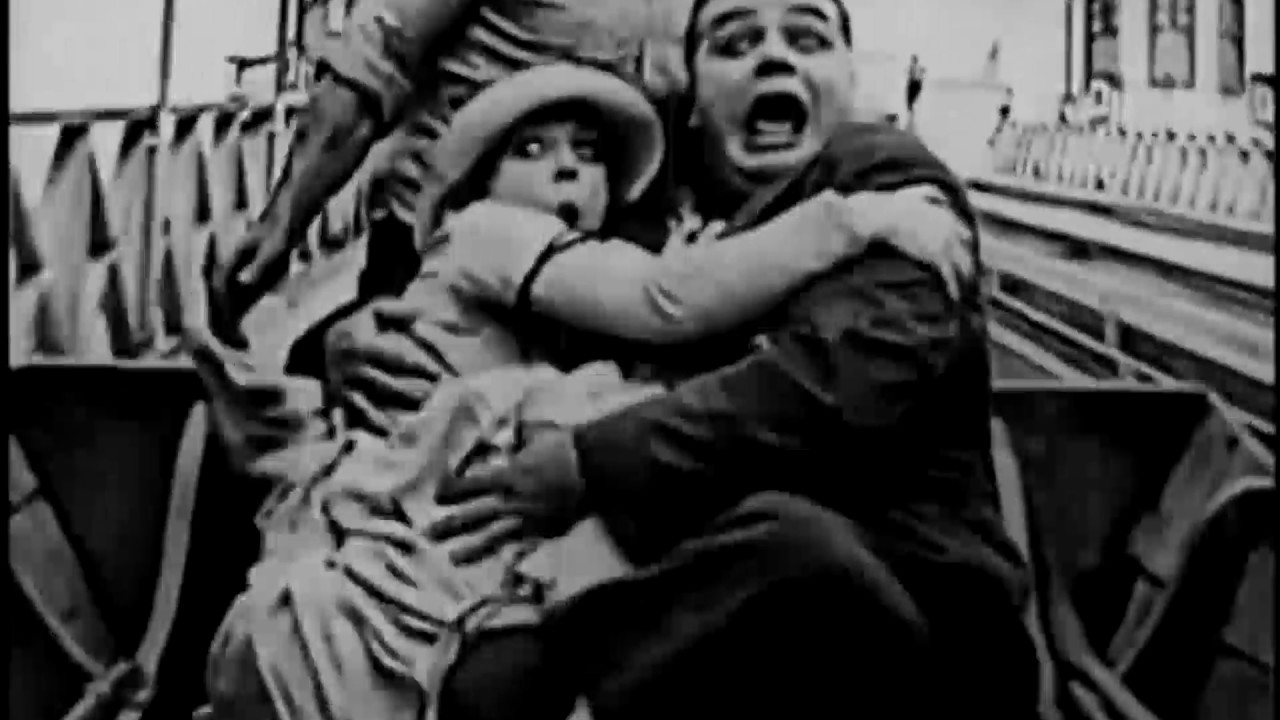 We should all be screaming in fear as we are forced to endure the daily media onslaught of fake news, just like Fatty Arbuckle had to do in the 1920s.

Rosco “Fatty” Arbuckle was born in 1887 in Kansas and yes he was fat.  His early life was filled with violence from an unloving father who believed that because of his girth the baby could not be his.  Both of his parents were slim and Rosco’s birth weight was a whopping 13lb.  His father named the baby after a notorious philandering politician named Rosco Conkling of New York. There is no proof of his mother’s infidelity but because of her husband’s mistrust and the complications from the birth, she died 12 years later.

The name “Fatty” was given to him in elementary school and the producers liked the moniker so it stuck, but Rosco never liked it and often stated, “I have a name you know.”

Rosco Conkling Arbuckle was described by his friends as a shy and quiet young man who was polite and regarded in Hollywood as the “most chase man”, that’s saying a lot when you consider Hollywood in the 1920’s.

The Roaring 20’s was a time much like our time today.  The media was mesmerized by the events of the day and used any means to popularize or destroy.  The Radio was the primary source for news and the expansion of news broadcasts exploded and so did the sensationalism of the media in general.

The profits available were no longer related to a simple news story and the related advertising, the story was the profit line.  For the first time, Radio created a sensationalistic and unrestrained source to say whatever you wanted about whoever you wanted and those forces coalesced on Rosco “fatty” Conkling Arbuckle.

The truth of the events that inspired the three trials of Rosco Arbuckle were all well-known and provable.  They were so obvious that his defense team failed to provide the basics of the case and the first trial was hung in favor of acquittal.  The second trial was even worse with his team thinking that the facts would speak for themselves and the jury hung again but this time for a conviction of manslaughter.  The third trial was a slam dunk for Arbuckle and he was released from custody but he was in debt and disgraced, not from the trials but from the Radio and the printed media that lambasted this most popular comedic actor of the 1920’s.

We may think we have it bad today with all the fake news and hyperbolation (I know, another made up word) of virtually every spoken word and action of anyone who is not within the fair graces of those who write, report or influence the media.  There is, it seems, a pattern that has been going on for quite some time with the media promulgating and disseminating “news” that is not true, often blatantly untrue, like with Rosco Arbuckle.

I haven’t delved into the political leanings of the media of the past but I suspect that the politics today was like the politics of the past, with the philosophy of profit being the primary motivation and a subcategory of ideology developing over time as seen in our media today.  The enormous profits amassed by the Harold Examiner and other papers owned primarily by Hurst were enormous,

“The Hearst papers had a field day with the story—the publisher would later say the Fatty Arbuckle scandal sold more papers than the sinking of the Lusitania.” www.smithsonianmag.com/history/the-skinny-on-the-fatty-arbuckle-trial-131228859/#w9hq8hflJ2eSBvVj.99

Truth is not the issue, I don’t believe it ever really has been, it’s about how to sell the story and the profits that can be made from selling it the right way.  The media of today is no different than the media of the 1920’s, profit is the key and whatever has to be done to increase that bottom line, will and has been done.

Rosco Arbuckle was 100% guiltless but as a result of the media sensationalizing and promoting the innuendo of hearsay, his career was over.  Arbuckle was the highest paid actor in 1921 and had signed an extension to his contract worth millions more, but overnight he was in jail, on felony row, on charges of manslaughter for a woman, a model, actress, prostitute, he had found collapsed in his bathroom who the medical team discovered was hemorrhaging from a chronic bladder condition, not in any way related to any contact with Arbuckle. There is more to this story that explains his innocents completely from a number of sources.

For years we have assumed that the press was the 4th branch of the government, a stalwart appendage to help balance the other three branches.  The news was supposed to keep the politicians and bureaucrats honest but in like manner and throughout the history of the media they have sold us all a bill of goods.  They have never been honest, they have never acted responsibly (some do, but not many) and they continue to corrupt every issue, turning the news into a media frenzy that serves their profit-seeking and putting their maniacal ideology at odds with the obvious truths that are in evidence and indisputable.

The solution is a difficult one indeed.  Like many are doing in response to the NFL antics, they are deciding not to view.  We as well should decide what it’s worth to regain our morality, our foundational principles and our sanity, we need to unplug, disconnect and turn off the media, stay away from the lies and rebuild our lives without the smog-filled bubble that clouds our judgment, alters our perceptions and destroys our common sense.
The media and its associated devices demand a tribute to their evil incarceration into their world and reality.  It is time for us to escape, stop paying them for protection, we can protect ourselves.
Posted by politicaldad at 9:42 AM