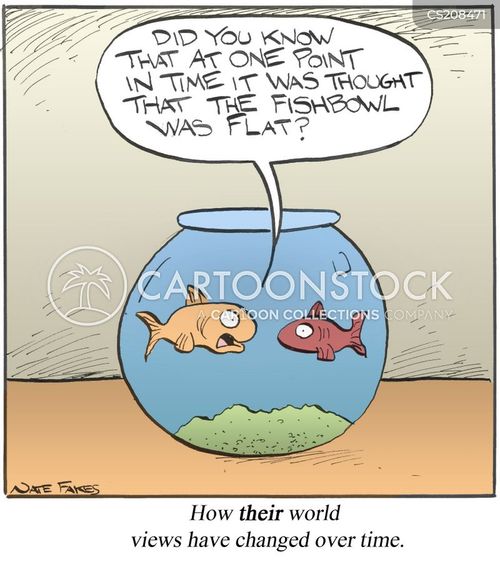 The philosophical question of what is right is becoming an issue of more importance, especially in relation to the current variances within the topic of Truth.  Knowledge plays a pivotal role in establishing a framework that assists us in the determination of those often-speculative avenues toward certainty, and the accumulation of knowledge provides a pattern of learning that if followed can expand the inquisitive mind.

In a perfect world, all knowledge would be understood as a gateway toward better understanding, with an understanding also that all knowledge is incomplete.  But when knowledge is marginalized or forsaken because of erroneous beliefs the foundational principles of the theory of truth crumbles and prevents knowledge from expanding.

The Flat Earth Society believes the earth is flat and they have created an elaborate system of “proofs” to help others see what they see.  The problem, the overwhelming evidence, the knowledge that is being ignored to promote the delusion that the earth is flat and the lengths to create a new level of truth based on erroneous facts, like,  there is no gravity, the earth is only 5-10 miles deep, there is a massive ice shelf surrounding the entire flat planet and the conspiracy that the world governments prevent exploration beyond the ice shelf, help to illustrate those problems.

Gender Identity is another flawed philosophy.  With millions worldwide falling prey to the idea that despite your genetic certainty of being Male or Female you can redefine the role of humanity by simply invoking the declaration of what you want to be.  The act of identifying with a certain group or belief is not the issue, it becomes a problem when those delusions transcend the realities of fixed science and propel the certainty into the chaotic realm of whatever one wishes, further fragmenting the standards of reality, just because.

Other areas of concern could be Global Warming, or the immigration issue, or the politicization of Gun control or abortion rights Etc...

We have become a society that fails to respect the standards of the past and instead promote a life without limits, a life without restrictions or boundaries, never considering that those boundaries help to define our very existence and our future.

We no longer fear a God above or our parents and instead have a great abhorrence toward all things that we used to hold in high regard.

What is right?  What is wrong?  How far do we go in the pursuit of our own truths, despite the evidence of established truth?  Knowledge helps but when we forsake that knowledge and create our own definitions of right and wrong we turn away from truth and the possibility of ever recognizing it.

Opinions mean nothing in the context of truth.  And the knowledge gained has no benefit when faith is not utilized to mediate between opinion and fact.

It is my opinion that the sun is only a figment of our collective imagination and that our existence is only the imagination of some unknown, greater being.  If I gain a following and convince others that my opinion is fact, does that make what I proclaim the truth?  If you agree with the above please send the deed to your house and sell all your positions and give them to me so you can be listed amongst the chosen. Then sacrifice your life to my needs and desires.

It’s been done, and it will most likely be done again in some form or another, but it does not make it true.  Knowledge should be the pursuit of the truth and our faith in that process should be the center of our lives.

I am not proclaiming the truth about anything except in the process of obtaining the truth.  Knowledge has to be founded in the goal of a complete understanding, the truth, or in the process toward that goal but when that knowledge is proved wrong or incorrect or has no basis in previous facts already understood then perhaps our efforts in those areas should be discontinued.  Keep in mind that there are many areas of study in virtually every area of study that produces more questions than answers, helping us all to understand that we are a long way from a complete understanding.

The Flat Earth Society, however, is not one of them.  We have amassed volumes of data to support the claim that the earth is a spherical body, amidst other spherical planets and moons to lay to rest the need to search for evidence of a flat earth.

Where do beliefs and facts intersect?  How do we distinguish between what we believe but cannot prove and the facts around us that may not support what we believe?

Belief – An opinion or judgment in which a person is fully persuaded.  If that is what you believe, then you are a believer.  But believing in something that is true despite the facts in evidence requires more.  facts can be wrong or inconclusive and we already know that "most people are wrong about most things most of the time."

Faith = ( Belief + Action + Confidence ) is the action behind the belief but those acts must be in relation to doing good or else your actions mean nothing and produce nothing.

When we integrate knowledge and the search for truth the process of learning takes on a level of understanding and purpose.  In science, we often move down pathways that take us to a dead end.  That is a natural course of discovery.  We then regroup and refocus our efforts toward a different set of problems.  We have Faith in the overall process and we have confidence that we will reach our goal.  We believe in our theory and our persuaded fully in that theory, even though we have no proof, at this time.

Too often we spend our time on meaningless thoughts and unproductive actions.  Perhaps it’s time to take stock of the evidence before us, reevaluate our positions and refocus our efforts toward positive pursuits.