I’m pissed.  I mean I’m really pissed off over the influences that strangle our lives.  We all feel it, we are all affected by the same pressures but it makes me angry because of the futility of it all.  I’m frustrated, discouraged, embittered and mad at having lived my life and now being faced with an electorate that does nothing to help me and worse, an electorate that is hell bent on destroying what little hope I have left.  So ya I’m MAD as Hell. 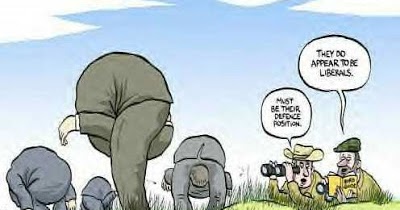 I’m enraged over the specter of a changing past that will affect my future.  I’ve lived my life based on that past, a past that is being belittled, dismantled and disavowed by short-sighted and selfish motives just so they can have their way.
I’m angered at my government that does nothing but tax and legislate but provides nothing in return.  They take my money, my hard earned money and give it to those who are undeserving, illegitimate and illegal and provide no logical reasons for this transfer of wealth, if you want to call what I have wealth.

I’m incensed at the general idea that those who are not citizens of this once great country have rights that I no longer possess and I am livid that because of my views, many want to curtail my right to express those views and have successfully diminished my rights of Free Speech.

I’m aggravated over a few screaming and irrational voices controlling the national conversation and would like to scream myself but I have a job to keep, a family to feed and I know that if I were to speak my mind, my job would be in jeopardy…Why can they scream, riot and get in my face?  Do they have jobs, families, responsibilities, do they care?

Why is it that so many run to the streets causing mayhem, blocking traffic and access without consideration of those who chose to work, chose responsibility and act to support a system that allows them to demonstrate?  That makes my head spin.

There is a phrase that should be read by every American that can read.  It is prominently posted and within easy reach, everyone has access to these words.  Most, however, fail to understand the words and have over time stopped trying to understand, most do not even know it exists.
On every coin minted is the phrase “E Pluribus Unum” it is our country's motto, it means:  “Out of many, one”, meaning that out of the many that make up America, we can become one. Becoming one in purpose, in liberty and freedom is the process of becoming American.  From a variety of backgrounds, cultures, languages, and customs we have all come together and under the mantle of  “An American” we live freely and richly all trying to pursue their chosen path of life.  “E Pluribus Unum” is our reminder of what we can become when we understand our common goals of freedom.
The left is attempting to alter this motto and with it our liberty.  The French wanted liberty as well but failed in the simple execution by sacrificing that liberty for equality, thinking that equality leads to Liberty.  We are not Equal, except in our liberty to pursue a life of our choosing.   I challenge all to find two people who are equal without one of them sacrificing their potential for the other.  That sacrifice is an option but an individual choice, not a mandated demand.

I am most despondent in relation to our Countries shifting morality and the distancing from that simple phrase.  If we fail to pursue liberty and instead choose equality as our goal we will fail at both.  “E Pluribus Unum” is the constant reminder that differentiates America from the rest of the world.  We can be different, we can be ourselves, we can be unique but we can only remain Americans if we adopt the stance of liberty as an individual right and forsake the illogical premise of equality.

Think about it, you may have some similarities with others but in nothing are we equal.  Your differences are what make you, you.  In order to establish equality, the liberty of many would have to be taken away.  Disregard the liberty of some and the liberty of all is impossible.

Communism, Socialism and most dictatorships force their victims to adhere to strict rules and behaviors that instill an overall minimum “equality”.  Very few rise to the top, while most suffer near the bottom.  They feign equality but cannot choose to do as they please, that was taken away when liberty was replaced by sameness.

In Modern Socialism, the services available to the people are much higher and more varied but the logical premise of individual liberty is forsaken and forgotten by both the people and the government.  You may have a temporary increase in services but the overall premise of socialism or communism is just as real.  The need for usurious taxes overshadows the individual drive to succeed, replaced with a universal attitude of mediocrity.

Europe has fallen prey to this governmental ploy and many Americans are looking hopefully that our government will emulate the policies of higher taxes, less individual responsibility, less opportunity for more routine and marginal services.  Germany is an exception to date but their momentum is driven by governmental controls that have been sold to and purchased by its people.  In the reality of socialism, expansion can only be sustained through the expansive tactics of supported capitalism, a few at the top make billions while the many rely on the services provided by the government, that is not liberty, that is a slow burn to slavery.  Enslaved individuals are the most equal of us all.
If you’re Angry like me, you need to vote for what is right (pun).  You need to remain active in your pursuit of what is “good” and instill through your good works the ideas that liberty, not equality should be our triumphant song.  Other tunes can be played and sung but in relation to the topic at hand, if you sing for equality then your repertoire will be limited and monotonal.

It is only through liberty that we can all sing the songs of our hearts and only with liberty will our songs have any chance of willing acceptance.  Not all songs will be welcome, which is the risk of freedom.  If your song is not accepted, would you force others to listen to it, mandate that your tune is played on the radio or sung in public?

We should all sing the songs of our hearts and revel in a country that allows our expression but fight against the desire by so many to stop certain voices because they don’t like the tune.

I am mad but I am also logical and rational, I know the difference between right and wrong and I know what the Left is doing is wrong.  It’s wrong for me, it’s wrong for you and it’s wrong for America.  Vote for the RIGHT, any other vote is Just Wrong.
Posted by politicaldad at 12:02 PM