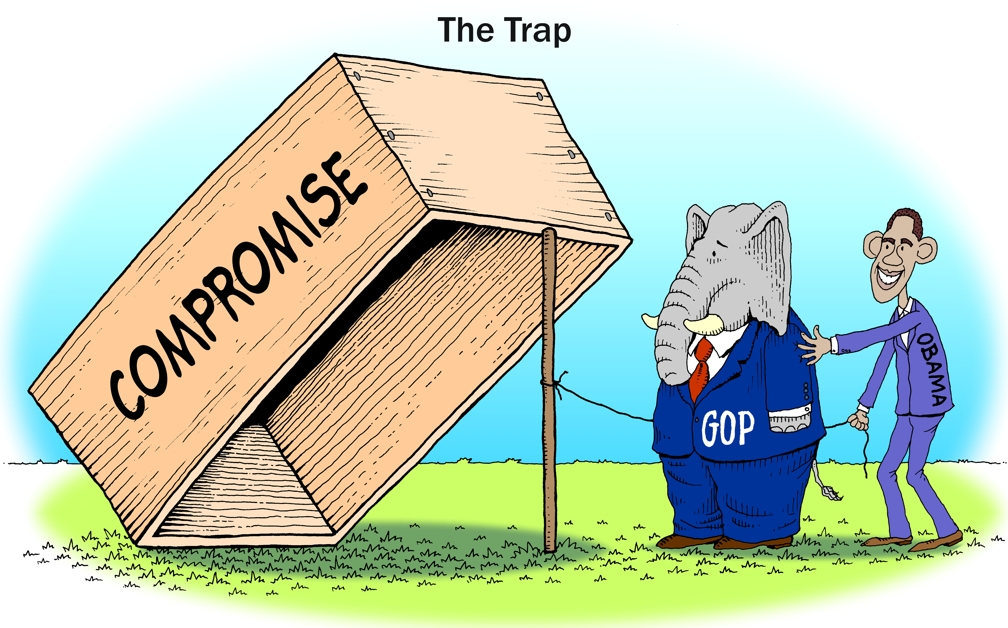 The call of,  “can’t we all just get along” as originally voiced by Rodney King, during the 1990’s riots in LA were a swan song of sorts and one that is being replayed over and over on the news.  The hope is to convince those of us who have developed a thick skin to accept the cry for compromise from those who have nothing to offer.


If I’ve already lost you then you either don’t understand or simply don’t care.  But in the face of fairness and compassion let me explain: During the desperate attempt to alter the course of the Supreme Court the Left pulled out all the stops and went after Brett Kavanaugh with a vengeance. So rancorous and so vile were the attacks on Judge Kavanaugh that the entire Senate and country was embroiled in the fiasco that showcased the vile underbelly of the Senate Democrats.  The confirmation process used to be fairly simple with both sides asking probing questions but knowing that the right of a President to fill a vacancy was generally rubber-stamped by both sides of the aisle.


But now the process has allowed very specific ideologies to be revealed and with them the true nature of the LEFT and a forced acceptance of the new RIGHT, if they are to maintain their control of Congress.


What is interesting is in the response to those manifestations, is in the need to rewrite what was said and the need to alter the definitions of the terms used to assuage the impact of the original utterance, or in other words, the left had to seriously backtrack and lie about what was said.


On September 25 Chuck Schumer said that Kavanaugh “had no presumption of innocence…”
This revelation by the Left is telling in a number of ways.  First, it states emphatically that the position of the Left is to deny the fundamental tenet of Due Process, everyone is innocent until proven guilty.


Second, it demonstrates a serious lack of patriotism from the standpoint of a willingness to set aside this fundamental law.  In that statement, that was echoed by others during the hearings, the expediency and willingness to alter the Constitution are evident and disturbing to those who revere not only the words but the stability of those words in framing a legal system that gives preferences to the accused until evidence is brought forth to corroborate the accusation.


ei incumbit probatio qui dicit, non qui negat (“the burden of proof is on the one who declares, not on one who denies”).


The Universal Declaration of Human Rights, article 11, states: "Everyone charged with a penal offense has the right to be presumed innocent until proven guilty …” This is in relation to a trial but the logical interpretation includes life in general.  Where would our society be if this were not the way?


Senator Mazie Hirono  of Hawaii stated that she “doesn’t believe in the presumption of innocence for conservatives.”  You really have to ask the question of why Republicans or literally half of the United States do not deserve the same protections as the other half.


Dr. Suess, “When the Star-Belly Sneetches had frankfurter roasts
Or picnics or parties or marshmallow toasts,
They never invited the Plain-Belly Sneetches
They left them out cold, in the dark of the beaches.
They kept them away. Never let them come near.
And that’s how they treated them year after year.


The beginning of Prejudice starts with separation, it starts with exclusion or privilege.  When Hitler began his forceful takeover of Germany his first victims were the Jews. He started by controlling small things and then controlled their very lives.  It starts with a small star on the arm.


If what Senator Hirono is said was true, Those were her words, recorded for all to hear, what is her justification for not allowing the same constitutional rights to Republicans?  I can’t wait to hear the answers…


Beyond Due Process and the presumption of innocents, the issue of Free Speech is another issue attacked by the Left.  They claim to uphold free speech but routinely ask their followers, their constituency, to pursue and confront the Right, disrupting their ability to assemble, their right to peacefully interact socially and have through intimidation, fear and numbers disrupted the ability to speak freely.


It seems as though the only free speech the left wants to allow is speech they agree with.


Kyrsten Sinema, who is campaigning for Jeff Flake's soon to be vacant seat has a very telling position.  On one hand, she claims to be an ardent supporter of immigration control but has stated (again it can be verified), that the immigrants who died in the Arizona Deserts while migrating to the US should be viewed as just as important as those who died in Iraq defending our country. Regardless of how you feel about the Iraq war, the soldiers did sacrifice their lives for this country.


Her views are not unusual for the Democratic Party.  The Left has a position of redefining immigration and in the redefinition is the abolishment of our border security, ICE.  Again you may not agree but in that disagreement you’ve taken a stance away from the rule of law and into the variable of “living and breathing constitution” a document that changes and evolves.


This scenario is not favored by those who want to maintain our rules and our rights.  Our belief is that those rights are embedded in our foundational principles that were formed to sustain our rights and our privileges.  Asking us to negotiate those principles with the Left is impossible. Any form of negotiation requires one party to give up a portion of their beliefs in order to satisfy the other party and their expectation.  But in this case, giving up even a portion of our foundational belief weakens the entire substructure that is the United States.


The other issue is the Morality of what we on the Right believe.  Our beliefs are based on Morality, an unchanging and foundational principle of action and behavior, although not always followed the dismantling of those morals will result in a complete collapse of our way of life.  How can one with an adopted morality negotiate with those who have no such belief? Morals on the left are subject too, reliant on or depending on what is currently the motivation of the morality, that is not a moral principle, that is moral relativism.


If your belief system is relativistic and mine is moralistic the simple query of negotiation becomes extremely problematic, not for those who subscribe to relativism or are accepting of a sliding scale of morality but to those who hold fast to principles and standards.


My challenge is to support your position, uphold your ideology without name calling, without screaming or without forcing someone off the stage but through simple rhetoric, listening and evidentiary dialogue.  I will provide my view with evidence and you do the same. When we can compare the evidence and discuss the conclusions of our views perhaps then I will be open to a discussion and I might even be open to the consideration of negotiating.


A little-known truth about Abraham Lincoln, He was willing to do almost anything to avoid the horrors of war.  He knew of the devastation to the country and stated that he would allow almost any compromise to keep the country from war.  That included allowing slavery to continue within the states of the South. He understood that war would destroy our Nation but he also knew that there was little he could do to prevent it, he tried but the LEFT, yes the LEFT, would have none of it. They forced Lincoln's hand and moved rapidly toward WAR. The rest is history, a history that we have not learned, except that the LEFT again is moving in that direction and it is not about how we negotiate or compromise but how strong we are in our convictions to save this Constitution and Republic.
Posted by politicaldad at 12:30 PM