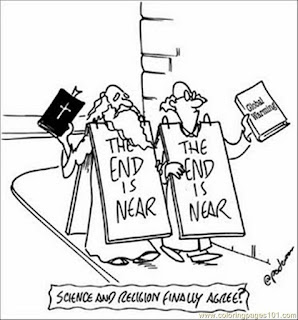 The issues between science and religion are often insurmountable and intractable but only when neither science or religion has the perspective of the “truth”.
The differences between how we discover the truth and how we verify or corroborate the facts leading up to a repeatable truth is often at the forefront of the controversy between science and religion and in both there has been a long history of denial, fraud, and deception, both purposeful and unintentional.
In the past religious dogmas held sway over the direction of virtually all information and had in its power the ability to accept or deny the steps of men toward truthful endeavors. In a general sense, that statement is true. Religions, mostly the few at the top and those in power did look negatively toward science and its perceived risks toward that power and control.
Even today with the advances in science reaching out in all areas of human development religious leaders are skeptical of the constant changes and obvious wonders that sciences seem to offer, competing with the past miracles of the Bible and offering comforts and conveniences for all from the constant pressures of life.

Good science is good, while bad science is deplorable. The same can be said of religion, good religion is great for the wellbeing and betterment of humanity, but bad religion destroys the human soul, even if you don’t believe in the soul, you get the point.
In the present science has taken the vanguard in search for truthmaking postulations and creating models that enhance their theories. Science has usurped the role of truthful arbitrator, they have become the judge and jury regarding what they believe is worthy of the truth or at least their role in its acquisition.
The truth may be debatable but once established it should never change, if it does change it was not the truth. Truths are constant. Incremental truths that form the foundation of greater truths help establish a pattern of thought and action for the pathway toward complete understanding.
From the perspective of religious theory or from scientific theory the search for truth is the motivator for all discovery.
One example is the religious scientist Galileo who proved his scientific worth through his contributions and modern perspective. Galileo has been called the "father of observational astronomy" the "father of modern physics”, the "father of the scientific method", and the "father of modern science". Galileo Galilei was then convicted of "vehemently suspect of heresy” and forced to recant. He spent the rest of his life under house arrest.
Despite what the “church” did, Galileo was right, and the world has discovered that science is a viable source of discovery toward that elusive goal of complete understanding, or the truth. Religious leaders at the time were unaware of the leaps toward understanding before them when confronted by Galileo and reacted blindly. It took a few hundred years in some cases for those in religion to catch up.
If the goal for religion and science are essentially the same, why is science and religion at odds when both are trying to achieve a measure of understanding? We know that most of science is based on incremental achievements with some dramatic advances along the way. It is also understood that those advances are increasing, with some at an alarming rate bringing man closer in many ways to the essential truths of life.  Science relies on facts and theories.
Religion is a faith based approach that works in areas that are unproven and not factual but has helped to achieve overall goodness and positive attitude of life in general, and when seen in its totality and compared to the harm that it’s caused the net effect has been positive. Billions find solace in the morality and in the connection to a greater purpose but like science, the cause and effect of individuals is often a major cause of concern, but when viewed through political eyes the risk of death is compounded exponentially for both science and religion.
The basic rift between religion and science is within the process of discovery. Scientist utilizes the scientific method as outlined by Galileo and is "A techniques for investigating phenomena, acquiring new knowledge, or correcting and integrating previous knowledge. To be termed scientific, a method of inquiry is commonly based on empirical or measurable evidence subject to specific principles of reasoning.

When look back into history it is very easy to see the compounding mistakes faulty science has created. Too often modern scientists have forsaken the founding principles of scientific research and filled the gaps in their research with a variety of creative patches. See the article attached:
https://www.economist.com/leaders/2013/10/21/how-science-goes-wrong
The result is widespread speculation based on incomplete conclusions. When a scientist states the “the science is settled” It really means that their tired of trying to find the truth or are too invested to admit the failures they’ve found in order to continue riding the gravy train of modern science funding.
Religions have also fudged their findings and create scenarios that are unsustainable, not repeatable and fall into the category of sleight of hand or inspiration.  Should we throughout all religion because of the dubious attempts by some? If your answer is yes, then should we abandon science as well for the same reasons?
Most of religion is an everyday practice toward what is right vs what is wrong and the choices its followers make to live according to those principles they believe will help them achieve peace of mind and eternal joy. Science is also an everyday process of substantiating the work of others and expanding those fundamental principles of partial truths. Both make claims, and both create positive choices for their followers.
It is obvious that not all science is good nor is all religion good but for the most part, the endeavor toward the truth should be allowed in both attitudes of acceptance. I don’t see the conflict as destructive or mutually exclusive but as a differing perspective searching for the same truths. Not unlike competing theories within science or rival sects within religion.
You may feel profoundly different and want to remove the competition altogether but that would be a huge mistake, not only for your side of the controversy but for humanity. If you balance all the good of both with all the bad. For example, the inquisition vs social media, what is worse? Compare deaths due to science and deaths vs religious wars?
These are hard numbers to tabulate. Religious wars are not strictly wars over religious beliefs, many were but most had political motivations attached and those wars may have been perpetrated by leaders who did not follow the precepts of their own religious order. It is a mistake to attribute all wars of the past and the associated deaths with religion as it is a mistake to do so with science.
Should we blame science for the current opioid crisis? Or from a more general nature should we place blame on science for the deaths and damage due to global warming and its effects from industrialization due primarily from scientific advances?
Within both categories, the lists of negative effects can be never-ending as we point the microscope of hindsight or a telescope into the future and attempt to predict or associate the deaths that have occurred and the deaths that might occur. Instead, we should all look toward the Good science and the Good religions and glean what we can to improve our lives toward our own search for the truth. This is not a race toward the truth, winner takes all but an effort to live by the truth, whoever finds it, whenever it is found.
Have a great new year.

Posted by politicaldad at 4:28 AM