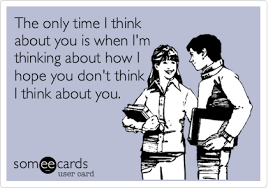 When I let you know what I’m thinking you will think we can start thinking together, but that seldom works, I think.  I will still let you know how your thinking is “WRONG”, Don’t you think?

As I have postulated in the past, logic has nothing to do with politics, but it is within the political arena where logic aside for the more powerful ability to regulate the attitudes of those who think about others naturally, trying to convince the masses toward their way of thinking.  We all know that selfishness in politics is very rare.  Can you name any Politian that thinks about themselves?
This sounds cruel and divisive and to some extent it is, I will be the first to admit that what I say often separates those who think a certain way from those who think another way, am I being too vague?  Let me lay it out more clearly:
The left, the democrats, the socialist, the communist’s white supremacist ETC… and yes, some republicans think about themselves more than they think about the individuals within their party or group.  This is one of the singular definitions that separate those that are conservative from those that are not.

I think even within the terms conservative and liberal we need to be careful of the designation due the crossover and connection to how individuals within each group think about themselves. Rather than how they view others.

I prescribe to the adage of “Do unto others as you would have them do unto you”, meaning that it is imperative to focus your efforts towards another and not only unto yourself.  This entire argument is counterintuitive, it requires a different mindset than the one and taught under the premise “you need to take care of yourself first… Then and only if….” scenario.

We are all selfish and we all act selfishly but it is within the how and when that helps us to gauge the true intentions of another.  Are all conservatives selfless?  No.  Are all liberals selfish?  No again.  It is important to recognize the good in all peoples and then gauge that good by the motivation of the individual.

A good example is the Chicago Gangster, Al Capone.  Too many,  an angel of mercy as he donated to hospitals, schools, etc.… So from this perspective he was a good man, if you only consider what he gave away or to those he helped.  He liked the attention, and he liked the power, but by one of the bloodiest gang reprisals in history, the Valentine’s Day Massacre.

History has shown that even though he said, “I am just a businessman, giving the people what they want.” He may have had delusions about his inner self but what he did to others was a culmination of his attempts to gain power and control within the system that was trying to control his illegal distribution of alcohol to market.  Sounds like the Cartels of today, are the modern-day Robin Hood, giving back to society what the local and federal governments have taken away?

Selfishness controls the actions of those who commit a crime.  Selfishness is not a respecter of persons or position; it infects equally the minds of all who succumb to its influences.  Politicians it seems are more vulnerable and those on the left of the political spectrum seem more willing to partake.  They shroud their ideology in grand gestures, charitable chicanery, and social manipulation but it is that basic need for power that motivates them.

Conservatism is less prone to those influences but not entirely immune.  It is, human nature to be selfish and overcoming those tendencies is within the realization that one can never relent, that thought must be foremost in the minds of those who wish to overcome those natural tendencies.  We all understand that the natural man is an enemy to the selfless beings we can become.
The slippery slope of rationalization is often the precursor to a lifelong process of selfishness.  When we espouse a position, a belief or a standard and then allow ourselves to negotiate with others regarding those positions we are in effect diminishing our positions.  When we use the word belief, these negotiations become critical.  Think of it this way:  If you claim to believe something but negotiate those beliefs, how fervent were your beliefs in the first place?

Beliefs and selflessness go hand in hand or at least they should.  When you have a belief, that is faith that has not , yet you believe!  If you rationalize those beliefs you're thinking inward, being selfish about how you think you should feel rather than exercising faith and continuing to believe.
When you consider our religious beliefs these negotiations, these compromises become even more critical.  It is therefore imperative that we sustain our beliefs to uphold our selflessness and our desire to serve others as opposed to wanting to .

Politics, it seems has become a club for those who want to by obfuscating the rules, by rationalizing the behaviors and supporting those who cannot hold to their promises and oath of office.
I do solemnly swear (or affirm) that I will support and defend the Constitution of the United States against all enemies, foreign and domestic; that I will bear true faith and allegiance to the same; that I take this obligation freely, mental reservation or purpose of evasion; and that I will well and faithfully discharge the duties of the office on which I am about to enter: So help me God.

What good is the Oath of Office if the Oath seriously and obeyed?

Posted by politicaldad at 6:35 PM