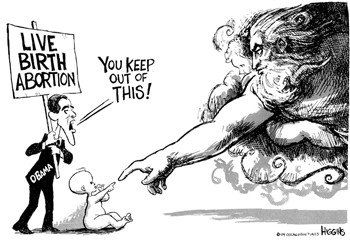 There is one thing I am certain of after watching hours of the impeachment of President Donald Trump.

After listening to and attempting to have an open mind to the process instigated by the Democratic leadership and doing the same with the Republican side, the Left of this country has and is mounting a vigorous and spirited attempt to overthrow not only this President but to dismantle and disregard the founding principles of this Country.

What bothers me the most is the percent of listeners or followers that not only agree with their designs but pursue actions despite the overwhelming evidence Donald Trump and  those freedoms he represents.

Their hatred, their animosity, and hostility toward what is good has infected their hearts to the point of allowing their leaders to demolish and disassemble the Constitution itself without regard to the effects on our way of life, our freedoms, our inalienable rights and the very fabric of our nation.  These mind numb followers, you know who you are, are more than willing to allow blood to flow in our streets just so they can have your moment of power,  Adam Schiff, to name one of the many.

Let us think about this in real terms.  If the Democrats, the Left, the Socialists, etc… get their way .  We may remain under the same name but those guiding principles that have sustained us for over 200 years will and with it, our very essence, our spirit, and our future will .

Beware the man who promises the world for a penny, as those who speak of righteous indignation do from the Halls of Congress.  With flowery words they profess nothing, with enraged sentiment they share no emotion, only feigned rhetoric spews from their lips toward those with unhearing ears, from jaws that only move but say nothing.

Desperate, they are in their evil intent to destroy all that is good, defame all those that stand in their way toward total domination and into the cesspool of misery and distrust.

We are at that crossroads; we are atop the fence that separates good from evil and it is our decision that will affect the generations to come.  We need to step away from that thin barrier leaving behind the temptations that confront us every day through the proximity of closeness and association.
Salvation for us mandates that we save ourselves first then and only then think about ways of saving those who have fallen.  There can be no compromise, no conciliation, no arbitration.  We are on the fence; one wrong move and we are theirs.

These proceedings should enlighten our view and help us all to understand the motives and intentions of those on the left.

Step away from the fence, before our blind actions find us deep within the confines of those that are selling us the rotting fruit of destruction.  That fruit may look good in the bag but beware of the smell and rancid rottenness within.
Posted by politicaldad at 1:40 PM