Socialism all over again.

I don’t know about you, but I feel as if history is repeating itself right in front of my eyes.  History often repeats itself and when it does it goes unnoticed until after the effects, leaving many to wonder how we let that happen again?

You may not agree with my following assessment but this view has been proved and documented by historians and historical pundits, like Dinesh Di Souza who has spoken widely about the Democrats and their association with the KKK, that is the Ku Klux Klan for those of you who do not know.  And incidentally, the Klan had its beginning just after the Civil War by southern and Northern Democrats, for the purpose of slowing the progress of newly freed slaves.

Di Souza exposes the left and their lies about the Klan and their relationship with those who joined this racist organization.  This is the point in history that is repeating.  The names have changed but the actions are still the same.  The insidiousness of these actors is abominable as they continue to terrorize the country for gaining power.

Cullors: “We Are Super-Versed On Ideological Theories” Of Marxism

She is stating her case BLM wants to follow a Marxist ideology.  That means they want to destroy the American Ideology and the constitution that goes with it.

Speaking to Jake Tapper on CNN on Friday, Cullors, one founder of Black Lives Matter said that “President Trump not only needs to not be in office in November,” but that “he should resign now.”

Meaning that their organization of promoting Black Lives is nothing more than a ruse to shift the power in the country away from a lawfully elected President.  I could get into the minutia of how BLM = Marxism but that would take too long, I think her admission above is sufficient.  BLM is attempting to overthrow this government and to dismantle our Constitution.

They are not alone in this endeavor.  When you hear the voices of other Democrats, when you read what they have said or what they propose the facts are clear, they do not want to follow the Constitution.  They prefer to allow the wholesale terror of BLM, Antifa, Boogaloo Boys, White Supremacist, or fascist to run havoc in the streets.  The similarities between these anarchists/ socialist groups are more in line with Hitler's Germany and the Democratic party than they are with the right.

Something to keep in mind, when Hitlers, National Socialist German Workers' Party (Nazi is the derivation “National Socialist” or sozialistisch in German.  Put the two together and you get Nazi.)  was trying to find a legal precedent to exterminate the Jews they found their connection to the eugenics movement of the 1920s and Marguerite Sanger, the KKK reassurance and President Woodrow Wilson who champions the controversial film, Birth of a Nation and helped promote the KKK.

The Nazi’s took their cue from our Democrat leaders and killed over 6 million Jews and the new orders of chaos are trying to institute a new level of division that includes whites, Jews and anyone who disagrees with their current stance and power grab.  This is not about racism; this is about power and control.

History should be a way for us to improve by not repeating the mistakes or evils of the past but we are allowing these same thugs to poison our minds, reinvent a history so that any lessons of the past are forgotten.  They are destroying our history, removing our statues and contaminating our minds and the minds of our children.

I for one dislike repeating the mistakes of my past.  I would think as a Nation we would want to move forward rather than back to a time of shame and disgust perpetrated by the Liberal Left, but it appears we’re sliding right into where they want us.  God Help Us…
Posted by politicaldad at 2:14 PM No comments: 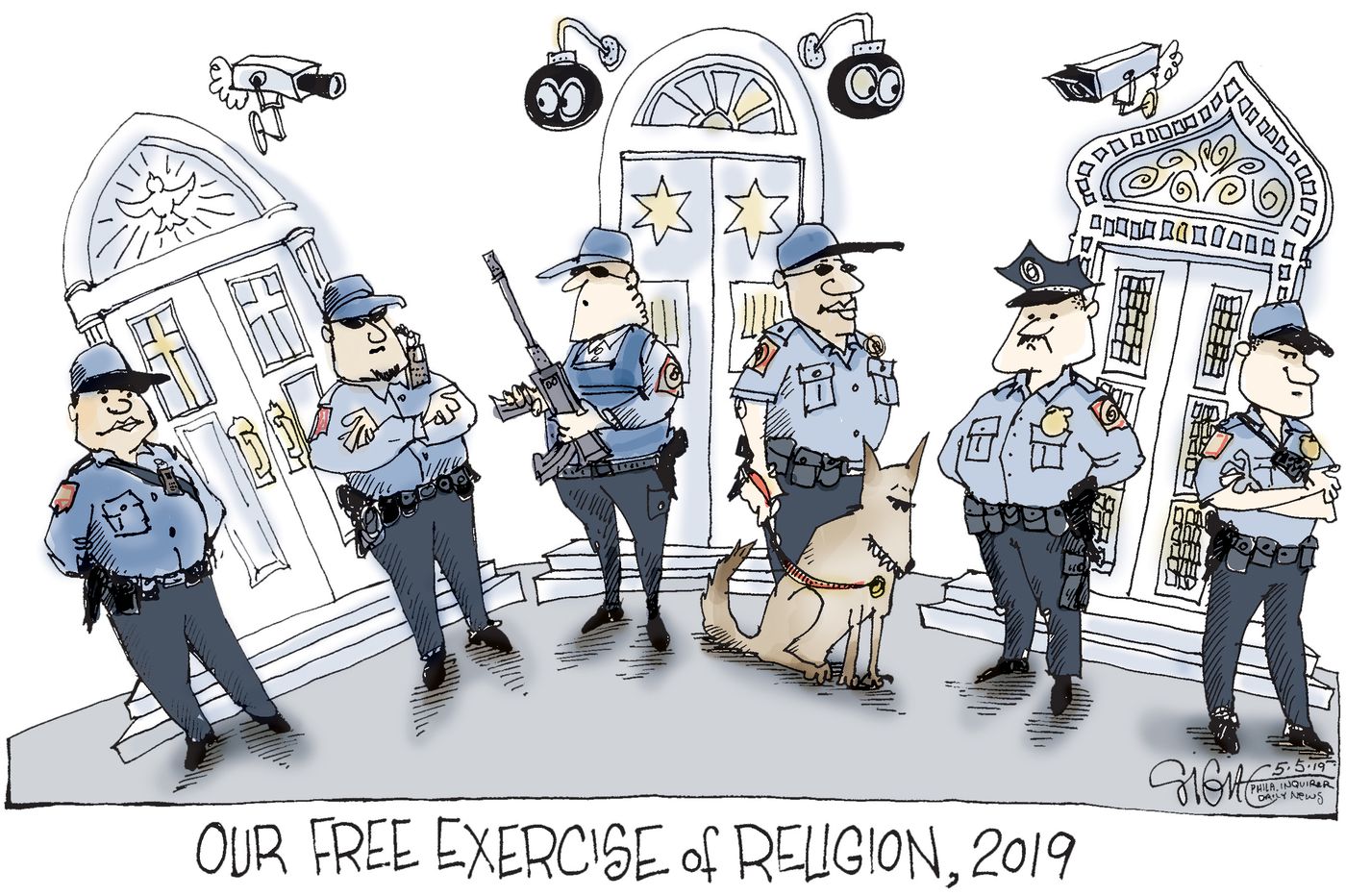 If you are a Jew or Christian in America, the seriousness of your Judaism or Christianity is now being tested.

People look back in time and wonder how religious people, especially religious leaders — specifically, the clergy — could have failed in times of moral crisis. The failure of most rabbis, priests and pastors to speak out today — when the risk to personal safety is so much less than it was in communist and fascist countries — should provide the answer: Religion doesn’t have all that much impact on most religious people. During comfortable times, it provides two essentials to a happy and fulfilled life — community and meaning — but when tested, it often fails like an umbrella that fails to expand just as it starts to rain.

America is being taken over by violent mobs; a vast amount of destruction and stealing has taken place (with little police intervention and the apathy of our political leaders). Why aren’t all clergy delivering thundering sermons about the Seventh Commandment, “Thou shalt not steal”? Does it now come with an asterisk?

A central part of a major American city has been seized and occupied by people who hate America and its values, including its Judeo-Christian values. Heard any clergy (aside from some evangelical Christians) speaking out against it?

And most ominous by far, for the first time in American history, free speech — the mother of all freedoms — is being widely suppressed, not by the government but by the press, the universities, the high schools, the elementary schools, all the giant internet media, Hollywood and virtually every major business in America. Christians and Jews place repentance at the center of their theologies, yet there is no place for repentance if you did or said one insensitive thing — real or alleged — even if it was 20 or more years ago. Yet all we get from American religious leaders on this matter is … silence.

The freest, least racist, most opportunity-providing country in history — “the last best hope of earth,” in Abraham Lincoln’s words — is smeared as “systemically racist”; all white people are declared “racist”; and the statues of the greatest Americans, including George Washington and even Abraham Lincoln, are toppled and/or defaced. And all we get from most American religious leaders is either agreement or silence.

It leads this religious American to ask the question the anti-religious ask: Of what use is religion?

Take the claim that being “colorblind” is racist.

I doubt it. I assume that, until as recently as a year or even six months ago, you have always believed and preached that we are, in Martin Luther King Jr.’s words, to measure people not by “the color of their skin but by the content of their character.”

Isn’t it fundamental to all Bible-based religions that we are all created in God’s image, that God has no race and that Adam and Eve, from whom we all descend, had no race? If you are a Christian, do you see Christians of other races first as fellow Christians or first as members of their race? If you are a Jew, do you see Jews of other races as anything other than fellow Jews? Does God?

So, why the silence? Why aren’t all rabbis, priests and pastors telling their congregations and telling America — in tweets, on Facebook, in letters to the editor, on television and radio, in opinion pieces — that there is one race, the human race, and that the only antidote to racism is to deny that race determines our worth, not to affirm its significance?

Does an ideology that affirms the significance of race have an honorable pedigree? Has it ever led to anything good? Isn’t that exactly what Nazis and the Ku Klux Klan advocated?

So, how are we to explain this tragic failure of religious Jews and Christians — and their clergy — to speak up against looting (aka stealing) and for freedom, for America, for Western civilization and for being colorblind?

The answer to this question also goes to the core of what it means to be religious. At the center of our two religions is the notion of fear of God: “Fear God, and keep his commandments, for this is the whole duty of man” (Ecclesiastes 12:13). But what is now apparent is that most Jews and Christians fear the left, fear The New York Times, fear being shunned by “friends” on Facebook and mobbed on Twitter more than they fear God.

That’s what this moment comes down to. Jews and Christians who fail this test will not only lose their freedom, lose the great American hope for mankind, and lose the West; they will have also lost their souls.      Copyright © 2020 DennisPrager.com & Salem National. All Rights Reserved.
Posted by politicaldad at 1:58 PM No comments: