Chaos or Truth? You decide. 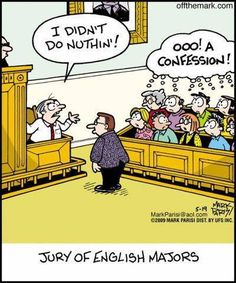 Without relying on your opinion or any speculation based on hearsay or a limited view of events, can you find out the truth about any given event?

When I use the word TRUTH I am referring to the unchanging facts of all sides of any given issue. The statement “your truth may differ from my truth” does not in any way mitigate the undeniable truths, regardless if we recognize them or not.

Too often we infuse our opinions, rationalize our actions, and in short create a “truth” to fit into our narrative, and do so in order to deny the reality of the lives we are living.  Some of these pseudo truths are meaningless and harm only ourselves, but when we institute our follies and supplant the TRUTH by either denying the facts, creating facts, or rationalizing our actions or the actions of another then we as a people and as a Nation, soon find that the TRUTHS we once knew and understood are out of our cognitive reach, as it is now in many areas of our lives.

One good example is the Minneapolis trial regarding George Floyd and Derek Chauvin. The facts may seem apparent and clearly defined, especially from Media that has pushed a specific outcome, even before all the facts were in.

Let me be clear, I do not know the facts of this case. I do not pretend to understand the motivations of the Officer, nor do I understand the condition or motivation of George Floyd, that is why we have a legal system.  However, the pressure put upon that legal system has grown into a category 5 hurricane, with the Media pushing for a guilty verdict prior to the selection of the jury.

The Judge, Peter Cahill, has asked the city of Minneapolis to stop commenting on the case, especially in relation to the $27 Million, Civil Lawsuit paid by the city prior to the jury or the court hearing the case.

Derek Chauvin may be guilty, but when we excoriate him as guilty prior to sentencing then the Legal foundations of our Country are no longer foundational. “Guilty until proven innocent” is more of the modern mantra for this case and many others when the motivation is not justice but solely based on revenge.

If we want to re-institute “innocent until proven guilty” then we as a nation, our politicians, our Media, and both you and I need to be respectful of our rule of law.

A couple of weeks ago I wrote about the protocols for flying a flag at half staff.  That is a fairly unknown process, but the protocols were unmistakenly clear, but regardless of the rules and protocols the Biden administration ignored those protocols.

We were a country of laws and mostly law-abiding citizens, but now we disregard the rules, change the laws at will, and disregard the foundational principles demanded by civil society and instead are rapidly moving toward a chaotic time that protects the powerful and disregards the rights of the less powerful, like you and me.

Posted by politicaldad at 12:10 PM