Trapped in a man's body 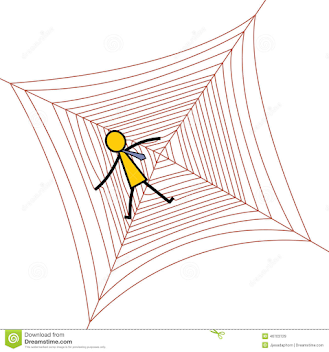 When you think about the statement above, you must have sympathy for the individual who expresses those words.  What they are going through is a horrendous ordeal to manage and process.  The above also applies to women trapped in the body of a man.

The feelings of being trapped, not being able to escape, enslaved or forced to remain creates psychological fatigue and raises the body's stress levels to unhealthy levels.

I can fully understand the anxiety and the frustration of thinking as they do about being trapped and do not want to minimize their inner struggle towards “freedom”.

I once saw a rabbit caught in a snare of thorny sticks.  The rabbit was helpless and would have died had I not helped it to escape.  That feeling is overwhelming and beyond frustration and I can understand why their thoughts turn to suicide.

I released the rabbit from its horror but to those who believe they are trapped and process the situation with human emotions and intelligence, the issues only get worse.

The term “being trapped” is an interesting way of expressing their frustration and in a genuine sense, I think they are trapped.

There are however a few questions I would like to ask in order to more fully understand this psychological imprisonment.  I use the term psychological because it’s the only term I know that makes any sense.  Please correct me if I am wrong.

What we are, can change and often does throughout our lives. When I was a child, I wanted to be an artist or an Architect.  My father had other ideas, so those options were not available to me.  When those opportunities presented themselves, I could not pursue that desire in my life.

I still try to think as an artist, I dabble in artistic things, I draw, I paint but I am not an artist in relation to my view of myself when I was young. Has that influenced my life?  To some extent, yes.  Has it defined my life? No. I have a happy and fulfilling life despite not becoming an Artist.

This philosophy applies to everyone.  It applies to the rich and the not-so-rich. It applies to all races and genders, including the Trans community.  The question of being trapped can affect us all, but each of us has the God-given ability to look beyond what we want and focus instead on who we are.  We are all children of our Heavenly Father and with that understanding, we can pursue a life filled with joy and happiness and if we do that, that reflection that we see in the mirror will be what God sees in us, not what we wish we could see.

Posted by politicaldad at 7:39 PM