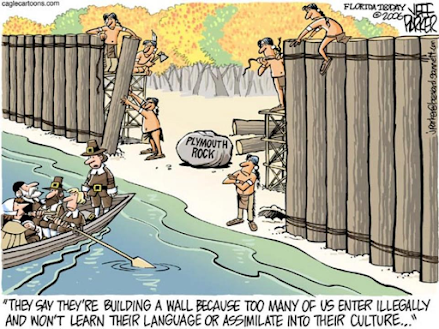 I was told that I had just made a potentially racist remark, by someone who is close to me.

Here is how it happened.  We were driving through an In N Out Burger and I asked the window attendant how to pronounce their name.  She told me and I said, “that’s a pretty name, where is it from?”

She told me she didn’t know but her family was from the Philippines and I said, “you don’t sound Filipino.”

This is where she offered that her father has no accent at all either and that she was born here.  I smiled at her and thanked her and  I paid the bill and drove to the next window.

The others in the car suggested to me that my statement could be racist.  I don’t see how, but in this day in age, I guess almost anything could be racist…

The above incident got me thinking about why the statement could be construed as racist when to me it was not, nor was it intended to be bigoted or racist in anyway.

Let me ask you a couple of questions:

As we try to determine what makes a country a country and understand the importance of loving or not loving a country, I want to make some assumptions based on what I think regarding the United States and how our current political leadership (the past 20 years current) has affected our ability to love our country of origin and how those who have immigrated have the changed way we feel.

First of all, I want to dispel any insinuation of racism by stating emphatically that I believe that everyone who comes here (legally or not) should begin to love America for what it is and what it can provide.  I do not want to exclude anyone but understand that immigration law has always prevented individuals from immigrating for a variety of reasons.

As far as I know, The United States of America has one of the most liberal immigration policies in the world, not including the wholesale crossing occurring across our southern borders.  We allow more, more often and with less conditions than almost every other country.  But at the same time we have fewer expectations placed on those who come than virtually every other country in the world.

When someone migrates to Mexico, Mexico does not offer them ballots in English, or welfare for those in need, nor does Japan, Russia, Chad, or most countries of the world.  There are some exceptions but specific examples are hard to find.

The point being, that if you want to migrate to another country, most other countries expect you to know the language, understand the laws and be able to be self-sufficient.   Most countries are defined by borders, language and customs, But the US has taken a different tack by removing borders (the southern border at least), language (English) and customs from the list and instead encouraging immigrants to not speak English, disregard our borders and flaunt our customs, while paying them to get settled and supporting their ways of life over the standards of life previously created.

What other countries besides America, forsake it’s borders, it’s language and its culture to openly accept any and all who wish to come?  As a result, I love this country less because this country favors those who are not American over the Americans who were born here, who immigrated here legally and have chosen to follow our laws, our language and our culture.

Where do you stand on this issue?

Posted by politicaldad at 6:46 PM