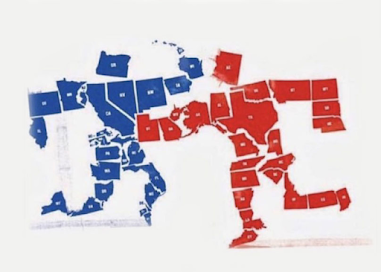 Stories about the Civil War in our Country during the 1860’s have always intrigued me.  I was fascinated by the conflict and the often irrational views as they were opposed, vehemently, to those of the other side, on both sides.

My views regarding what I thought I understood about the Civil War were consistent and rational, logical and predictable , as were the thoughts and motivation of those in the South.  But when one compares the attitudes that prevailed during the Civil War you may be surprised at the similarities of how we think and react in relation to the events of today.

I have a sister, we are fairly close due to shared experiences when we were young, but her views and mine on a variety of topics are as different as night and day.  I am just as stymied by this divide than I am when I try to understand the chasms of differences that existed, and caused the Civil War between the States.

I love my sister but I cannot condone or support her views. Her opinions and her motivations do not agree with mine, especially in relation to what constitutes the foundations of this Country of the United States of America.

This is not simply about my sister, I have always been at odds with her and she with me regarding our politics, our motivations, and the process in how we develop our opinions and facts.  But like our relationship, there are hundreds of thousands of relationships just like mine that find it difficult to express our concerns over the differences in our basic thought processes.

Where I see a white wall, she sees a green one, where I see political chicanery she  sees normalcy.  We are literally at odds about the very foundations of life and freedom, about choice and responsibility, and to be honest I don’t know if there is a solution that will assist in bridging the enormous gap between us.

My opinions and life choices have created a Moralistic pattern for me to follow, and I’m sure my sister has done the same.  The real dilemma is in how we interpret those moralistic patterns: What is good, what is not, what is right or wrong, and what is moral and what is acceptable as a society?

I don’t want to rationalize my belief by making compromises, and neither does she, primarily because we both think we are morally correct and by compromising we would have to weaken our own foundational principles.  I do however, believe in an absolute Right or Wrong, especially when it involves Morality.

When the Civil war started, thousands of families had to grapple with the engulfing divide that was spreading from community to towns and to cities, everyone had to decide where they stood.  Fathers and sons, brothers, sisters, daughters and mothers were all affected by this strangling divide that was literally tearing the Country apart.

Based on recent conversations with my sister, that same divide that affected the civil war era is affecting this country as well.  I have to imagine that I am not alone with this debilitating condition.  There are perhaps millions of families and individuals who are faced with these terrible choices.  Free speech, is it available to everyone equally?  Religious freedoms and the ability to assemble based on your religious beliefs, do you see this as an issue?  Government overreach that limits all of our freedoms and choices to some extent and most recently the forced application of power to mandate by threat, the vaccine at first and perhaps other things as well.

There was no easy way out of the rift that developed over slavery and States Rights, and there is no easy way out of this current and growing divide.  When the “truth” behind an issue is marginalized by unsubstantiated pseudo-facts and the ever changing policies cause us all to question, even the most basic of steps, there is no way to completely understand which step, if any, should be taken, that’s called chaos, and when a system is chaotic, the outcomes are almost always chaotic and disruptive.

My relationship  with my sister has not improved because of the differences in our political and social views but I can envision a time, in the not so distant future, that those differences will force one of us or both of us to either stop talking about things we don’t agree, or we decide to chose to not  talk at all, or more realistically some middle ground that neither of us would feel comfortable with due to our polarized opinions; similar perhaps to Abraham Lincoln when he was willing to allow the South to continue with Slavery as long as they would stop their push to separate from the Union.  He was willing to sacrifice his moralistic principles on the issue of Slavery in order to save the lives of the thousands upon thousands of soldiers, on both sides.  The South said no, and the war continued as we all understand.

“In your hands, my dissatisfied fellow-countrymen, and not in mine, is the momentous issue of civil war. The Government will not assail you. You can have no conflict without being yourselves the aggressors. You have no oath registered in heaven to destroy the Government, while I shall have the most solemn one to ‘preserve, protect, and defend it’.”

Those in the South thought that they could not efficiently survive economically without slaves and therefore they were fighting for their survival.  The reality is they could have survived and those that broadened their outlook, soon realized that it was possible, but they had to be forced to change, hence the Civil War, at least that aspect of the war.

One example that came out of my discussion last night with my sister is her belief in a strong presence of White Supremacist.  That topic of discussion did not go well.  She was adamant regarding the existence of these White Supremacist, literally disregarding all my proposed facts and logic to counter her belief that our country was riddled with these Racist Hooligans'.  It only got worse when I mentioned that, if there are White Supremacist in our Country, they are found in the Democratic Party, and it is not found in any degree of statistical relevance within those who claim allegiance to the Party of choice and limited government, the Republicans...That’s when she hung up on me.

“Both parties deprecated war; but one of them would make war rather than let the nation survive; and the other would accept war rather than let it perish. And the war came …. Fondly do we hope — fervently do we pray — that this mighty scourge of war may speedily pass away.”

Here is my question:  Since we already understand the causes and results of the Civil War, and we understand the bloody and savage cost of those types of conflicts, is there a way to uphold the God given truths of this Great Nation and find a way to help others see the light of their dysphoria?   Or are we destined to fight for our freedoms, fight and perhaps die for our liberties in hopes that our victory (similar to the victory of the North over the South) will be enough to bridge these gaping lapses of understanding and finely move forward?

Posted by politicaldad at 9:36 AM