The Almighty Dollar and the Ukraine 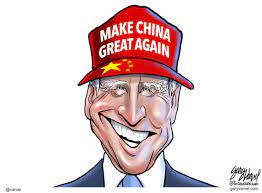 Over the last few months and even before, the small and insignificant country of Ukraine has been the focus of various issues and machinations.

Trump was impeached over a simple phone call with the Ukrainian leader.  He was not convicted of any crime.

Vladimir Putin, “In February and March 2014, … invaded and subsequently annexed the Crimean Peninsula from Ukraine”.

Biden and his son Hunter made millions working for, scheming with and profiting from their dealings with Ukraine.

The United States has spent in excess of 3 billion dollars trying to help with humanitarian causes and to assist with establishing  a democratic society with a prosperous market-based economy.

That is just the highlights.  In October 1853 to February 1856, a full scale war ensued with the Russians against an alliance between the Ottoman Empire, the French and Great Britain, with the alliance forcing Russia to accept the Treaty of Paris.

165 years later and similar issues are stewing in the Ukraine, issues that if left unchecked could result in huge global problems that would devastate the United States, by forcing the Russians into an alliance with the Chinese, leaving the United States with the loss of its economic superiority, in relation to the dollar as the preeminent global currency.

Both Russia and China would welcome the chance to control the economic currency and to see the US falter from that pivotal place of world dominance.

The US is already faltering, with high inflation and wild and unsubstantiated housing costs, stock volatility and local, state and federal governments that seem not only unprepared but purposefully moving the United States into a hyper-inflationary cycle that will result in another great depression.

Ukraine is only the pivotal point of a conflict that if not handled effectively and prudently, will subject billions of people to the horrors of uncertainty, war, and a change of economic supremacy that, in itself, will plunge the world into a new level of depravity and chaos.

Is this all planned?

Do our leaders want this to happen?

What are they doing to prevent a repeat of history, at least to the extent of where it started?

What can be done?

Do we let Russia invade and take what they want?

Do we try to stop them and encourage Russia and China to alley with each other and watch them invade Ukraine?

Your ideas and comments are welcome.  You may be wrong but I would love the chance to debate your position...

Posted by politicaldad at 9:36 AM