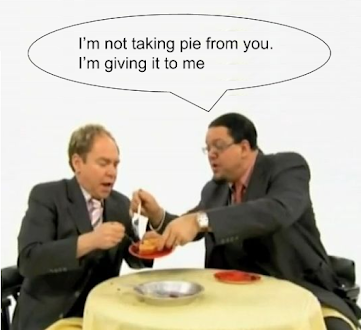 Some say “life is nothing but a game, there are winners and losers”.

Everywhere we go people are playing games, watching games, participating in and  betting on games,  with some winning and most losing.

If you think of life as a game then the prospect of winning and losing becomes a reality, then by default you are competing with everyone else for that coveted Brass Ring.  What do I want with a brass ring you ask?

The metaphorical use of the phrase "going for the brass ring" has a little of that longshot buried in it...

Writers on the history of carousels say that the Victorian carousel and the associated brass ring developed from a medieval device for training knights. The knights rode horses in a circle while trying to spear a ring with their lances."

So, there really was a Brass Ring, the coveted prize at the end of our efforts, but not for all.  Not everyone can be a Knight and not all Knights lance the ring.

In most games there are definitive winners and losers, with the winners gaining the bragging rights of their shallow and hollow victories.  Have you played a board game recently with an obnoxious participant who is too involved in winning?  Perhaps you are one of those competitors?

Games seem to transcend our views on life, creating a false sense of reality, for all that play without understanding the importance of living.

Games are fun, competition is good, to a point. The Game of Life is certainly not a game.  But, how often to we use words that reinforce the perspective that life is a game, like:  Gaming the system, get back into the game, game plan, shell game, confidence game, beat someone at their own game, or my favorite, A Zero Sum Game derived from, A ZERO SUM GAIN: Relating to the situation where one person gains to the equal amount of someone's losses.

Many believe that in order to get ahead you need to step on the progress of another or others in order to achieve your end goal.  The idea of playing in the game of life with rules that demand that you destroy your opponents lives in order to get gain has always seemed to be the antithesis of Honor and integrity, two values that seem to be in short supply these days.

So how do you unify a secure, wealthy country that has sunk into a zero-sum political game with itself?  Author: Sebastian Junger life in general.

The answer is, you can’t.  There are limitations to what we want, what we think and understand and in what and who we think we want to be.  But in the philosophy of a ZERO SUM Gain, there are always two sides.

Socialism is a ZERO-SUM GAME that takes from the poor and the less fortunate and hordes the efforts of those who are forced to work for less, under the guise that we must all survive with less in order to create a more harmonious society for all, while those at the top have all the power, all the goods and all the freedoms.

The same is true with many of the large multinational corporations that mandate, restrict, sensor and moderate what we think, what we do, what we say and where we go.  With their connection to governments they are changing our lives, altering our perceptions and rewriting our past so their future is assured, while our future is uncertain at best.

Currently we, as in the world, have the ability to feed everyone, no one needs to go without the basic needs of life.  We have the resources, we have the means but we do not have the drive, nor the motivation to accomplish this goal.

As long as we continue to believe in the ZERO-SUM GAME, we will all be subject to it’s ever changing rules, mandates and restrictions put in place by those who are the EATERS of our souls and destroyers of our freedoms.

We are the Bakers, we are the producers but we need to understand that we have the power, we need to fight for our rights and defend our liberties.

Have you seen what’s happening in Australia?  That could easily be us.  I hope and pray that we will act now to prevent the travesty of what the Australians are enduring.  But, as I say this, those in the Land Down Under have capitulated and most agree with the forces that now control their lives and watch their every move.

Big Brother lives, I didn't like my big brother and I don't want another BIG BROTHER controlling my life.

Posted by politicaldad at 9:22 AM