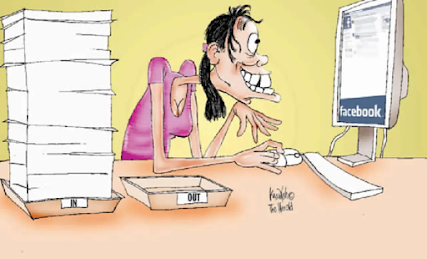 I was always raised to stand up for good, to help those in need and to intervene if someone else is in trouble; I still believe in those principles.  As I get older the way that I pursue those guidelines has changed but my desire to do what is right is still intact, and I believe that most Americans still follow those guidelines or they think they do.

I don’t think this is a revelation to anyone, but we have become more hedonistic and less charitable.  I can hear the whispers of “NO Duh, are you just now finding this out Einstein?”

It may seem obvious to some, but the way many look at life, religion and each other. those changes have been dramatic.  Just look at the changes in Social Media with the recent purchase of Twitter by Elon Musk, or the changes politically, that seem to happen every day.

One prime example is the current state of the “family” as defined in a traditional sense as being composed of one man, one woman and their children.  It has to be understood however, that there are variations to that traditional dynamic but they should be the exception and not the norm.

I mean no disrespect for single mothers or fathers, for whatever the reasons that interrupted the union of two loving partners (as expressed above), but the ideal should be pursued and re-initialized as the optimum situation to raise children.  Life is not perfect, the people are not perfect, but regardless of these universal inconsistencies, following a proven principle increases our chances for success as humans.

In today's world and specifically within the United States we are all faced with an increased skepticism that generally affects virtually every facet of our lives, and has had such a disruptive influence that once held patterns of behavior and long standing beliefs have been discarded and replaced.

When I was newly married, my wife and I found a place to rent in what we thought was a quaint and quiet area called Hillcrest in San Diego.  The houses were older but stylish and we were lucky to find a 2 bedroom house with a fenced backyard for our two girls to play.

On a Sunday afternoon in 1984, (not related to the book, by George Orwell) after returning from our church services; we took our girls, put them into their strollers and proceeded to explore our new community.  We crossed one busy street, and turned right onto 5th Avenue and were surprised by the huge gathering.

Thinking nothing of it, we continued south on 5th.  It was then that the whispers and not so subtle looks helped us to realize where we were.

“Breeders”  The group closest to us could be heard loudly whispering, but unmistakably making their point clear, we were not wanted here.

We had walked right into the middle of the Hillcrest Gay Pride Parade, we walked a few more feet when we decided to leave and retreat back to your rented house.

Society, over the past two hundred years, has gone from a mostly agrarian to industrial and then scientific to what can now be described as a general mistrust of ideologies, and past norms.

Not only is the family in jeopardy, but the basic ideas of self are now being torn apart and discarded, not for something else, but for a cornucopia of choices that continue the chaotic spiral toward an unknown and undefinable conclusion.

In 1984, my family was accosted and vilified, not for something I had done, but for something we had chosen to become.  A man and his wife and their two children were now the point of ridicule, hated for following what men and women had followed for thousands of years.

Then it was the Gay Community, but now there are 72 pronouns and 78 genders.

You can look them up and choose one for yourself.  I’m not trying to be rude or argumentative but logically speaking when an individual, for thousands of years never had a choice regarding their “gender” and now has 78 different options to choose from then you have to think how that hedonistic pattern of life has affected not only the Family, but the individuals involved.

Our society is less caring, less giving, even though in the United States we give as much as most of the world combined.   We have become more selfish, less compassionate and much more dysphoric about who we are,  and with those negative traits comes an altered state of consciousness, a more dysfunctional attitude toward life, toward beauty and the future.

My conclusion is that we are all a bit dysphoric, and as we accept the acute dysphoria of others as “normal” our combined behaviors become less defined, more confused and more chaotic.  What is normal now is not what was normal in the past.  We need to once again, stand for good, and believe in positive principles and rebuild our morality until there is nothing left to believe in.

Posted by politicaldad at 1:44 PM