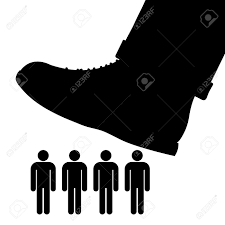 When you think about life, your life, or the life of others, we all really want pretty much the same things.

Black or White, Asian or Latino, we are all the same.  The problems arise when one group of individuals want to take from you and keep it for themselves.

Governments, Political leaders and Parties, Democrats or Republicans, kings, despots, local taxes, state taxes, or however you want to dissect the numerous issues that plague our lives, they all come down to individuals working together to take from others, so they can enrich their lives, their influence to control and enslave those who are less able to defend themselves.

Regardless of the past atrocities by man toward other men and women, groups, beliefs or skin color, we are all the same.

Like most of you, I have no desire to control another, force another or even influence another to do as I say.  I will admit that I am in favor of teaching the truth, searching for the truth and attempting to live by what I believe, but I also understand that even though what I believe is life changing for me, it may not be to others, so be it.

The beauty of this life is in the choice we enjoy to choose and decide for ourselves.  Those choices cannot and should not be forced, mandated, or limited by those in power, especially when they fail to follow those mandates that they have demanded from us.

Your politics, and our choices are yours to make, as mine are as well, but when your choices infringe upon my choices, then one of us has moved beyond the principle of example and has adopted the idea of force, without constraint, to muscle or constrain others to their will, especially when the will of some is not followed, obeyed by those demanding it.

Abortion is one of those issue.  The mandated use of pronouns in another.  Racial tensions are yet another.  The political decisions of the left scare me and the changes they want for this country scare me.  Men being allowed to compete in girls sports?  Men giving birth?  Radical abortion laws?  The obvious racism toward some in our society as a form of payment for past atrocities by only a free from our past. Wrong then, wrong now.

Like I said above, you can be or do whatever makes you happy.  If you want act like a woman and even surgically alter your body to conform to that desire, by all means, have at it, but when your choices affect my choices then that becomes a group of individuals working together to take advantage of other individuals, like myself, with the general motivation to force me and others to comply to your choices.

THAT IS SIMPLY WRONG AND THAT IS THE DEFINITION OF TYRANNY.

Posted by politicaldad at 4:25 PM